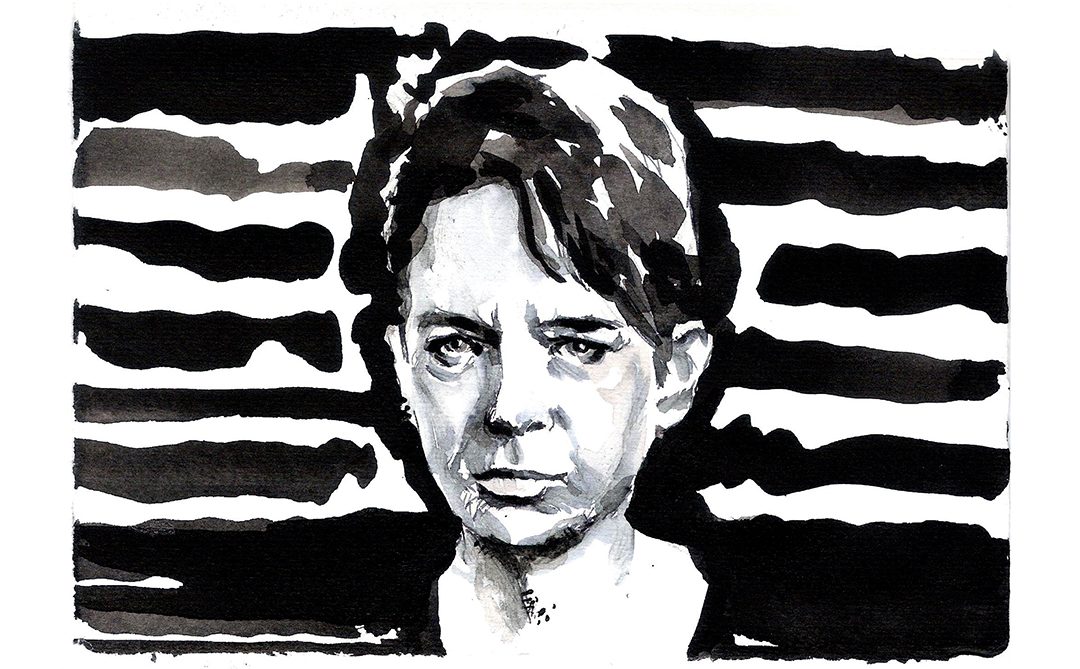 Celebrating the release of the 22nd Gary Numan album, here are some details, from A to Z, on the new wave legend’s career.

Gary Numan has released his 22nd studio album, Savage (Songs from A Broken World), which takes inspiration from a post-apocalyptic world that turned into a desert wasteland as a result of global warming. The album, after a four year break, came out in September 15, and we celebrate by taking a look at the new wave legend’s career, from A to Z.

Asperger’s syndrome
Although not officially diagnosed, Gary Numan believes he has Asperger’s syndrome. We learn that it first came up when his wife, Gemma O’Neill, read an article by chance and realized Numan has some of the symptoms. When Gary Numan talked about this during an interview in 2001, he said that it has been a relief to understand why people think he is arrogant and that it all made sense.

Bill Sharpe
Gary Numan started collaborating with the jazz pianist Bill Sharpe in 1985 under the name Sharpe & Numan, and their successful single “Change Your Mind” made its way up in the lists. Both musicians kept on with their solo stuff, as well as guesting in one another’s records. They celebrated this fruitful synergy in 1989 with Automatic. 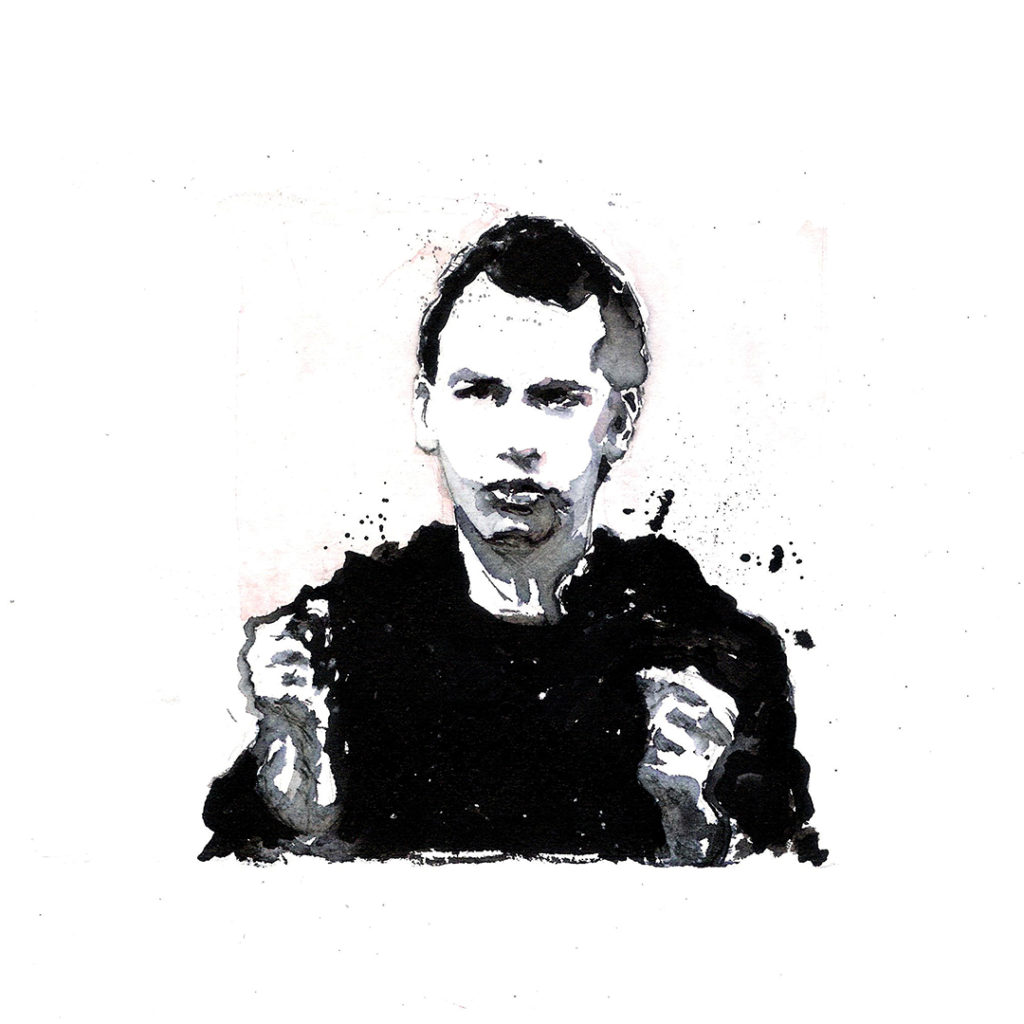 Cars
“Cars” came out in 1979 to redefine the era. Gary Numan has famously said, “This was the first time I had written a song with the intention of ‘maybe it could be a hit single”. He has also described it as a “pretty average song”. “Cars” being the first single of the artist as Gary Numan after giving up on Tubeway Army also makes it special.

Derek Burbidge
One of the many music videos Derek Burbidge has directed in 1970s and 1980s was the video for Gary Numan’s “Cars”. The video shows Numan with his bandmates and the one remarkable scene is surely where we see several Numans driving through Moog synthesizers. Derek Burbidge is responsible for the videos for Queen’s “We AreThe Champions”; The Police’s “Message in A Bottle”, “So Lonely”, “Roxanne”; The Undertones’ “Teenage Kicks” and he has also worked with bands like AC/DC and Stray Cats.

Fred Saberhagen
Gary Numan is artistically very much influenced by science fiction elements and this comes from the artist’s childhood and growing up years. He has been very much into science fiction books in his high school years and cites the American writer Fred Saberhagen as a major influence. Numan made a recording that draws from Saberhagen’s Berserker novel series, which released the first book in 1967. The album named Berserker was released in 1984.

Gary Numan’s famous crash-landing
The famous soft drink brand 7-Up was into creating a big market in Europe in the early 80’s, so through an agent in UK they found the solution in asking Gary Numan for two 30-second-long jingles. Numan agrees to sing the songs, whose lyrics were written by advertisers themselves, and records them. But since he misses the meeting with the brand representatives and advertisers, the project gets cancelled. Why he missed the meeting is a totally different story. While approaching Southampton, Gary Numan’s plane runs out of gas and makes a crash-landing. The news got widely reported as how Gary Numan crash-landed his plane. But on the contrary to the widely reported news, Numan told that he was not in the controls of the plane, but a passenger on the flight. Nobody got hurt in the incident and the jingles later on got online attention.

I Die: You Die
Released in August 1980, the “I Die: You Die” single was never officially a part of a Gary Numan album, but became a part of some editions of the Telekon pressings. As a Gary Numan favorite on the live compilations, we highly recommend the Magnetic Fields version of the track too!

Jean-Michel Jarre
Gary Numan was one of the guests on the Electronica series, where the French musician, songwriter and producer presented various collaborations and duets. He as on the second set of the series, released in 2016 and named as Electronica 2: The Heart of Noise, singing on a very special recording called “Here For You”. Some of the other guests on the album are Julia Holter, Peaches, Jeff Mills, Pet Shop Boys and Hans Zimmer.

Kipper
Grammy winner musician and producer Kipper (Mark Eldridge) has worked in many albums by Numan in the early 90s. After recording with his band One Nation, he joined Numan’s band as a guitar player and produced the album Machine + Soul released in 1992. Machine + Soul has been recognized as one of the not-so-brilliant albums in Gary Numan’s discography and feels to have a pretty different perspective. Although Numan has said he would regret that album forever, he kept working with Kipper until mid 90s.

Living Ornaments
As much as with his studio albums. Gary Numan has also left his mark in music history with his live shows. He has released the live recordigns of his 1979 and 1980 tours as albums on Beggars Banquet under the names Living Ornaments ’79 and Living Ornaments ’80. Each including 10 songs, the albums were released in 1981 both as seperately and as a special set. 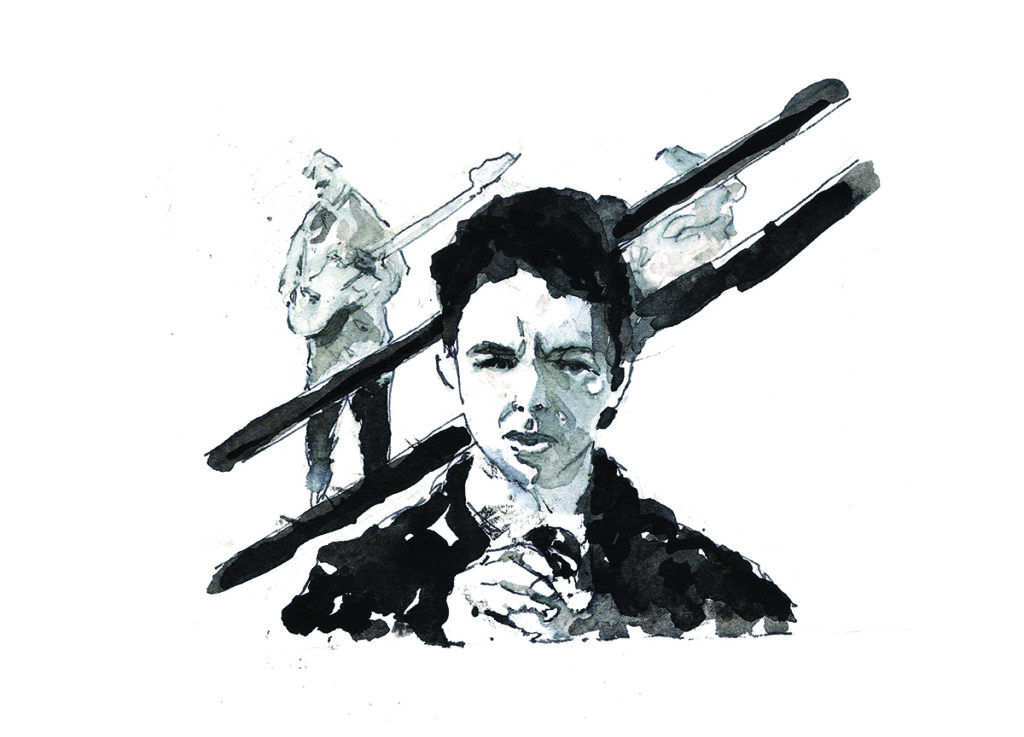 My Machines
Gary Numan guested on Gloss Drop by Battles, who are recognized as one of the most exciting acts in recent experimental music scene. It was John Stanier’s idea to approach Numan and Numan accepted his offer right away. When meeting members of Battles after a Boston show, Numan said how he likes the track and how weird he thinks they are. My Machines”, which got named after the lyrics by Numan offers a beautifully chatoic atmosphere for the listeners. For the brilliant duet, you should also check the video created by Daniels in collaboration with Creators Project!

Numanoids
Gary Numan, an absolute new wave icon, will celebrate his 60th birthday next year. Gary numan did get fans obsessed with his one-of-a-kind style. Gary Numan fans describe themselves as Numanoids. They got every single release of the artist and were known to dye their hair as matching their clothes, while going to Gary Numan shows. They wore Numan style red and blue suits and went to airport in these clothes to meet the artist.

Odokuro
Odokuro, is the six-minute short by Aurelio Voltaire, who has worked with MTV and SY FY for various animations, that tells about the skeleton of a rat-monkey coming to life in a room full of cursed objects. We meet Gary Numan as the narrator of this sci-fi gothic tale. The film has been awarded by Dragoncon Film Festival, Terror Film Festival, Brainwash Film Festival and Atlanta Horror Film Festival.

Praying to The Aliens
Gary Numan has written his life and career in great detail in his autobiography titled Praying To The Aliens (1998). Titled after the song on the Replicas record, the book gives away great stories on his relationship with punk rock, synthesizers, science fiction, etc. 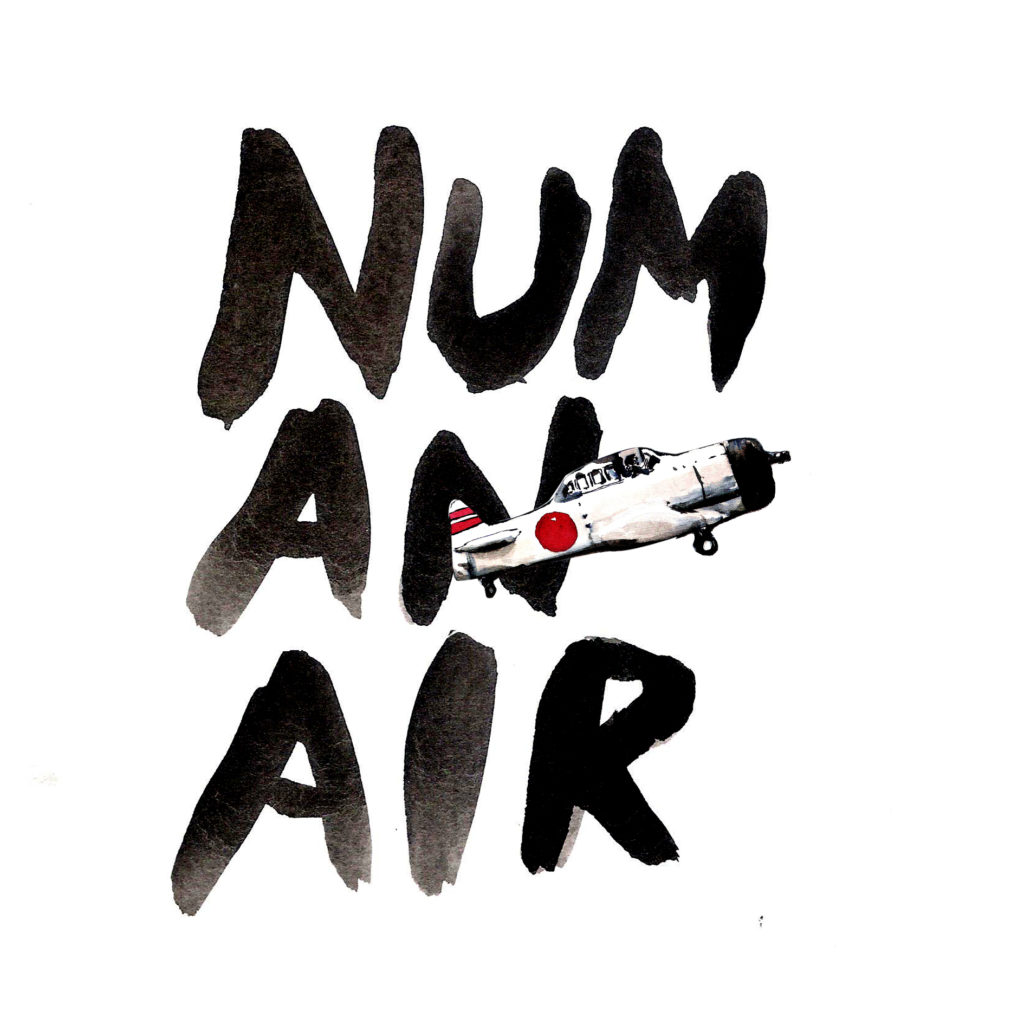 Radial Pair
Gary Numan is deeply passionate about airplanes. He has started his own airline company Numanair in 1980, he has flown many different types of planes, and he has known to be a great aerobatic pilot. Therefore, you should watch the short film called Radial Pair (1994), where you will see the British artist together with Norman Lees, doing aviation aerobatics to his song “Kiss Me and Die”. 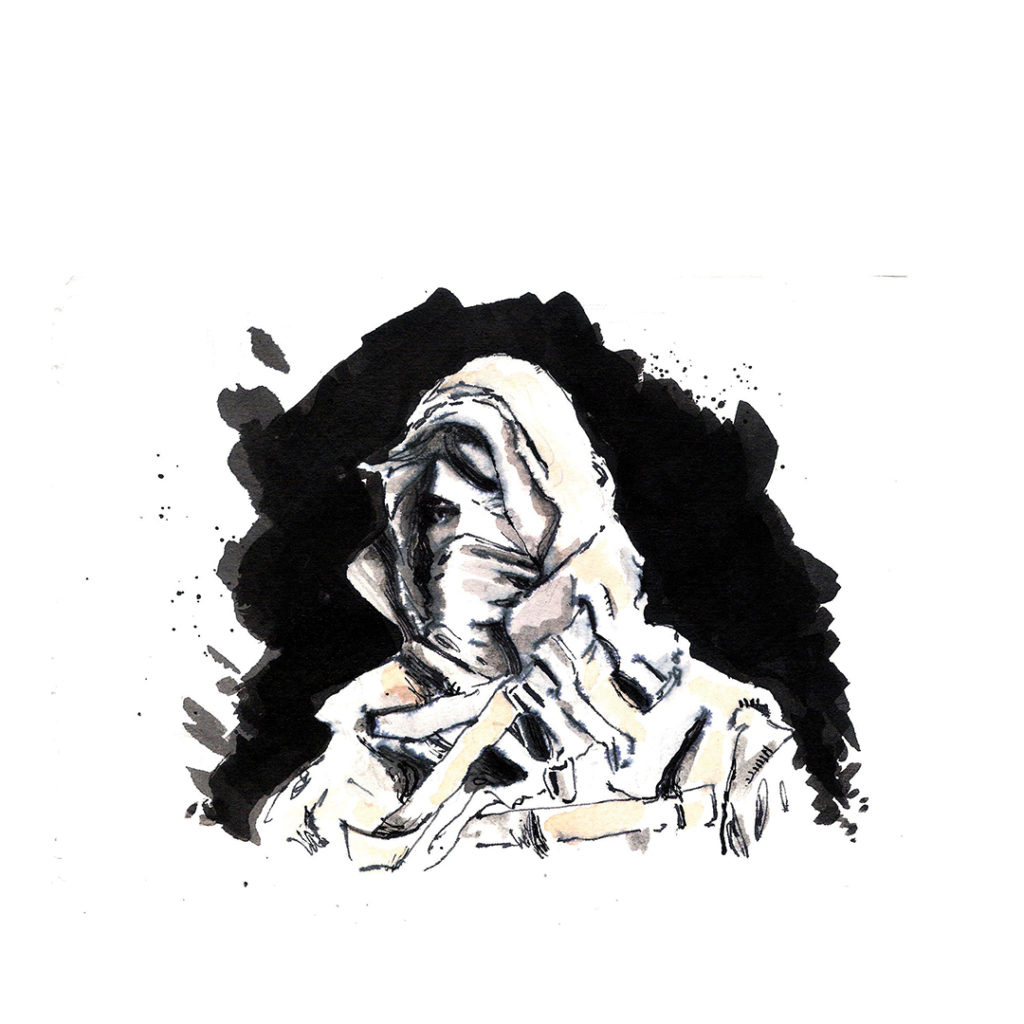 Savage (Songs from A Broken World)
Gary Numan has released many concept records throughout his career, and his latest album Savage (Songs from A Broken World), brings together eastern and western cultures together in a post-apocalyptic world that turned into a desert wasteland as a result of global warming. Produced by Ade Fenton, the 10 track album was realized through a fan-backed supporting campaign started by Pledge Music. Let’s note that the album also includes the original version of the “Bed of Thorns” track which we heard as a demo in the film Ghost In The Shell.

Tubeway Army
Tubeway Army as a leading new wave, electronic and post-punk band in UK was formed in 1976. Gary Numan, his uncle Jess Lidyard and Paul Gardiner have been the core members of the band. The first single “Are ‘Friends’ Electric?” came in 1976, and made a huge mark on both both the band’s career and Numan’s solo career. They were active for 3 years and recorded two studio albums. Tubeway Army guested many cult tv shows, mainly on BBC and, also the legendary John Peel Sessions.

Underdog
Gary Numan songs have influenced masses and it’s possible to find absorbing remixes to his songs on the Random series, started by Beggars Banquet in 1997. The first release of the series included a mind blowing remix by the 90s experimental hip hop producer Underdog. Underdog remixed the “Films” track from The Pleasure Principle album and presented one of the best and most unique tracks on the release.

Valerian
Gary Numan, born as Gary Anthony James Webb, picked the “Numan” surname after the Tubeway Army years. Instead, during those years, he used the nickname Valerian, inspired by the French sci-fi comics Valerian and Laureline.

You Are in My Vision
“You Are In My Vision” may not be the first song that comes to mind from the Replicas album, but it’s traces on the genres and trends to come in the 80s could easily be tracked. “You Are in My Vision” was one of the few guitar tracks in the Minimoog structured record and it played a key role in the storytelling and entirety of the album.

Zero Bars (Mr. Smith)
“Time heals nothing / It merely rearranges our memory / In zero bars / Even time no longer seems willing to try…”

The last track on the first Tubeway Army album (1978), “Zero Bars (Mr. Smith)” is a great example of Numan’s alienating lyrical style and after the original release, it only got repressed once. 78/79 Box Set, which was released by Vinyl 180 in 2010 as a four LP collection limited to 500 copies and wrapped in a flashy package. The set included the remastered versions of all the songs on the first three records by Gary Numan and Tubeway Army, along with some rarities and demos. 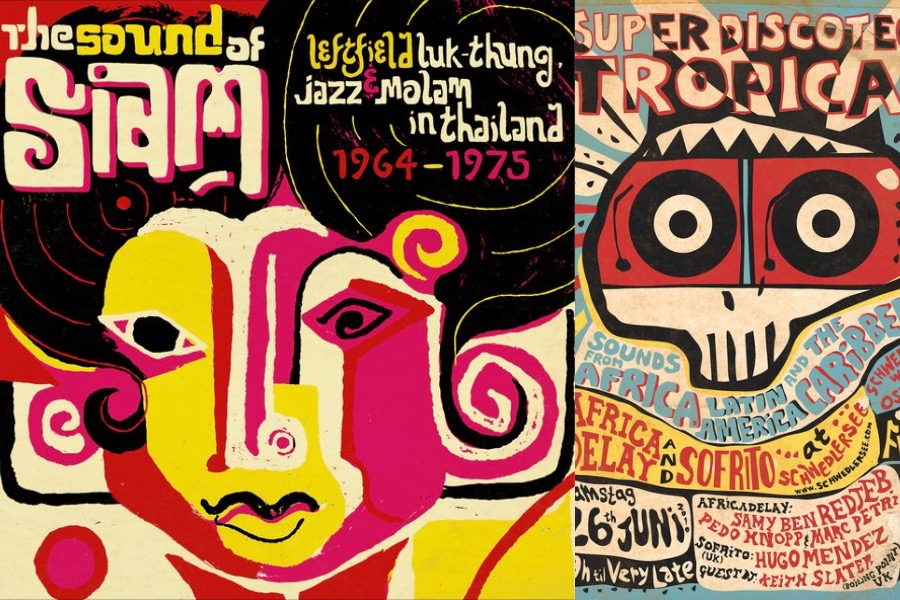 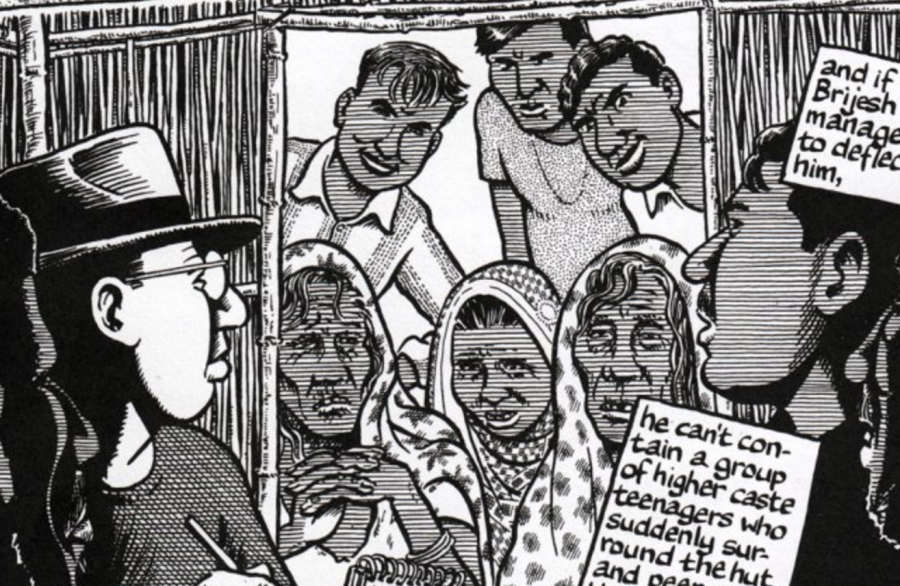 Joe Sacco’s one of a kind war correspondence 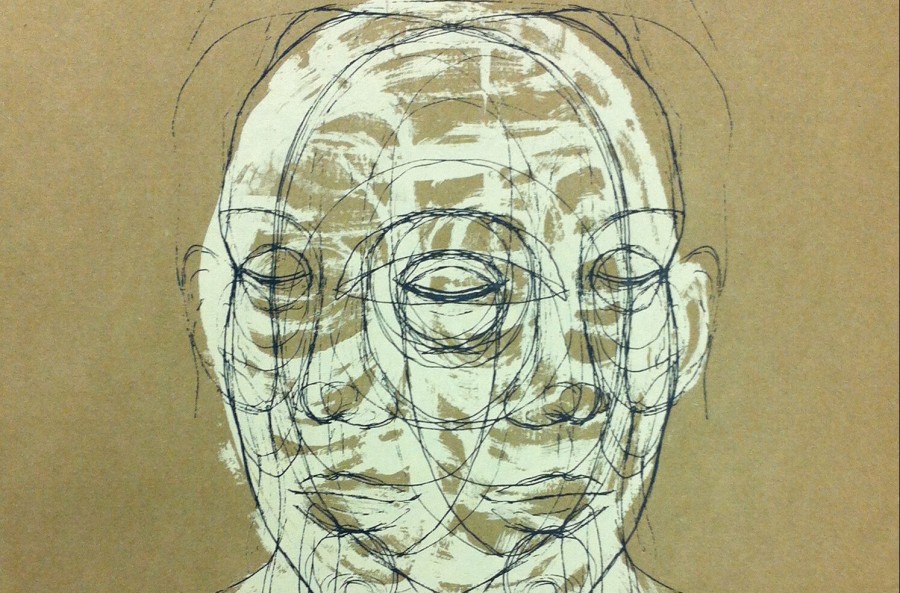