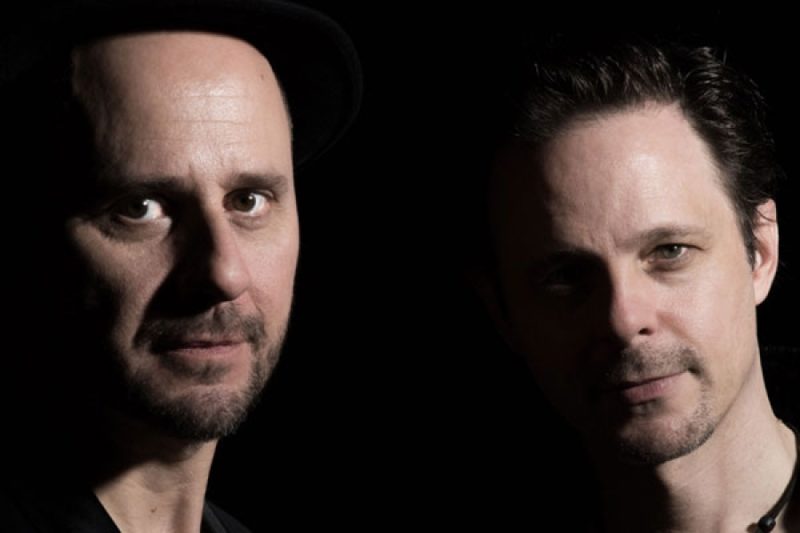 Booka Shade, told us about the David Holmes panel, that took place in Berlinale in 2003, and how this inspired the duo of Walter Merziger and Arno Kammermeier to start the band.

“Sometimes, little unspectacular decisions have a profound impact on your life/career.

A friend of ours asked us in February 2003, during the Berlin film fest “Berlinale”, if we would like to come with him to a panel about film music. David Holmes would be there and he would be talking about his work for the Oceans Eleven soundtrack. At that time we haven‘t heard the name David Holmes, but we loved the movie Oceans Eleven and the soundtrack, which was so in unity with the imagery and heavily influenced by music from the 60‘s.

So we went there with no expectations at all, and David started to talk about his work as an electronic musician, DJ, film music composer and how he got in touch with the director Steven Soderbergh. David’s angle of doing music was absolutely new for us. He was totally open minded, mixing all kinds of styles and sounds into each other with a genius feeling for vibe, atmospheres and weird electronics.

It was such an interesting and inspiring interview that we decided, after producing all the output/acts of our new Get Physical label so far, that we should start to write music for ourselves again and form a group. We called our new little baby BOOKA SHADE and in 2004 we released our debut album named Memento, which was highly influenced by our favourite soundtracks, electronic music and the solo albums from David Holmes.

So, the foundation of the Booka Shade’s success was laid that day in February 2003. Thank you David Holmes and thank you Peter Hayo for bringing us to this panel… there would be no Booka Shade without them!”