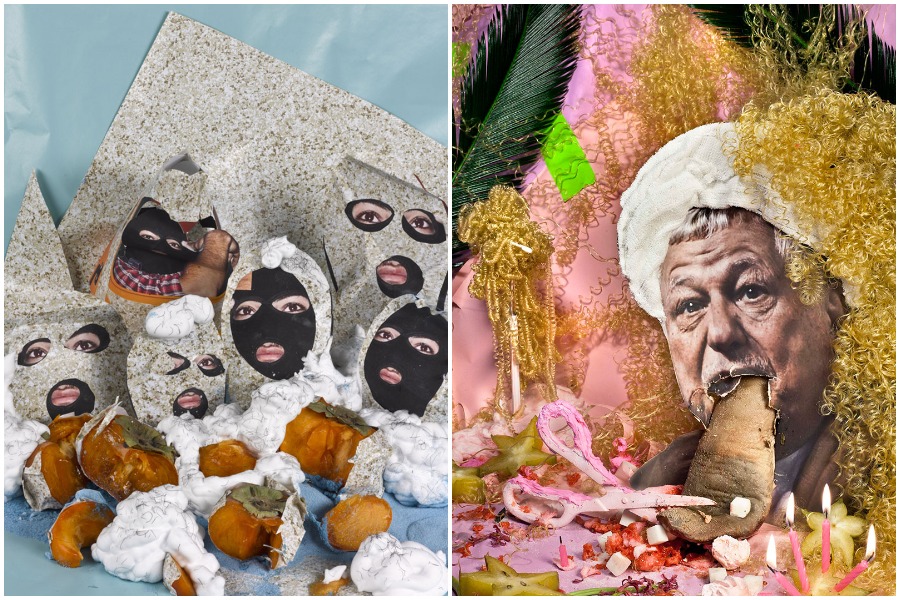 Iranian-AmerIcan photographer SheIda SoleImani, recreates stIll lIfe photographs of the crItical events in the Iranian political hIstory through the storIes her parents would tell. With her personal symbolism and deciphering, she also comes to terms with a culture she has never personally been in. Her charming but chaotic photography on the other hand is a mystery to the viewer! Through our questions we tried to shed some light on the motives behind her photographs.

All your series, National Anthem, Panjereh and Namaz Khaneh deal with a certain cultural past you haven’t experienced personally (or don’t really remember yourself), but still were grown up with the stories of. How did the content develop to your projects?
When I first began making photographs, I was thinking a lot about things that immediately interested me without attaching much background to them. I had an abundance of bird feathers, and sometimes dead birds, which came from my time rehabilitating wild birds with my mother. She always would tell me about how she rehabilitated wildlife when she was in Iran, and how it directly related to her life as a nurse in a hospital. My father always would talk to be about the scientific, being a doctor and researcher, I would adapt his language and photograph the objects that I felt connected with, such as the birds, or artifacts from my time spent with my mother. It took a few years for me to step back, and realize that the objects I was using had direct references to their pasts, and how their pasts and stories have shaped me. Through that, I started creating more tableau and still life scenarios, using the same types of objects, but arranging them on a stage, in a way where they could interact with one another and be decoded as symbols. I became interested in the idea of a ‘symbolic lexicon’ and have been working along that mentality ever since. Even though the types of objects and stories I am referencing has significantly changed, I think they are still targeting similar issues.

How is each series different than one another? Do they follow a contextual timeline you’ve gone through?
At first, in the earlier works (Namaz Khaneh), each one of the photographs directly related to a story told to me. I was illustrating stories of my parents through symbols that arose in both their stories, and in my perceptions. But I soon realized that even though I might have perceived these stories a bit differently, they were not entirely my own. In Panjereh, I was trying to combine these stories with my own childhood, and a bit more of the Western influence started coming in. In National Anthem, I started thinking more about my personal viewpoints, especially in regards to how stories are disseminated through media, and how my critical viewpoints relate to what I hear about Iran through US news. This was my first time not using my parents stories, or my own to generate content.

Do you see yourself as a storyteller? Or your works are personally contextualised memories?
I would consider my two older series to be more narrative based, as they are directly related to either stories told to me, or experiences of my own. I wouldn’t see the new works in National Anthem as contextualized memories or stories. I instead started thinking about these works as propaganda posters, and how specific symbols and arrangements are created to spread the ideologies of political parties. I see these photographs as illuminations of media trends, how through technology, revolutions and news are being communicated to wide audiences, and how they are perceived.

Being an Iranian American, is your art a way to come to terms with your dual upbringing? Was it something you needed to do?
It definitely was something I needed to do. Until later in my teenage life, I always considered myself to be strictly ‘Iranian’, and did not want to admit to any ties of being an American. Though growing older, I realized my perception of Iran was really through a Western lens, and this was crucial to my own understanding of my world. Even though my parents gave me direct stories, and I had personal cultural ties (Farsi being my native tongue, celebraring Persian holidays), I lived in the United States, and needed to stop romanticizing the idea of being something I was not. My practice as an artist is certainly a way for me to communicate this, and to come to terms personally with the duality in my upbringing. Sometimes I think it helps me create my position. I am not wholly Iranian, nor am I wholly American, I understand perspectives through both lenses, but create my own critical perspectives.

How do you choose your visual material? With some of the imagery, I can tell the reference, with some of them I can’t. Is there a pattern or cipher?
Most of my current visual material comes from images found online of happenings inside of Iran. Cell phone photos documenting executions, to images on the news of political leaders giving speeches. I either directly use these images, or find a way to re-construct them through new objects. Colors have become extremely important to me, as well, where certain colors reference specific times within political histories, as well as relationships to cultural and societal movements.

Can you see which direction your photography is developing? And what are you working on recently?
Currently, I think my work is developing in a direction where things are less obviously direct. The content and violence is still all there, but I am using only segments of media images, and not specifically using the faces of dictators. I feel that this is opening the work up to still confront the same issues, but to tackle them from multiple viewpoints.

Do you think there’ll be a period in your career when your works are going to be completely detached from Iran?
I think there will always inevitably be a relationship to Iran. Even if the work is not directly about it, I feel that I will still be making politically and critically motivated compositions.

Look at the Socialist Experience from a Visual Meta-Narrative: Sputnik Photos 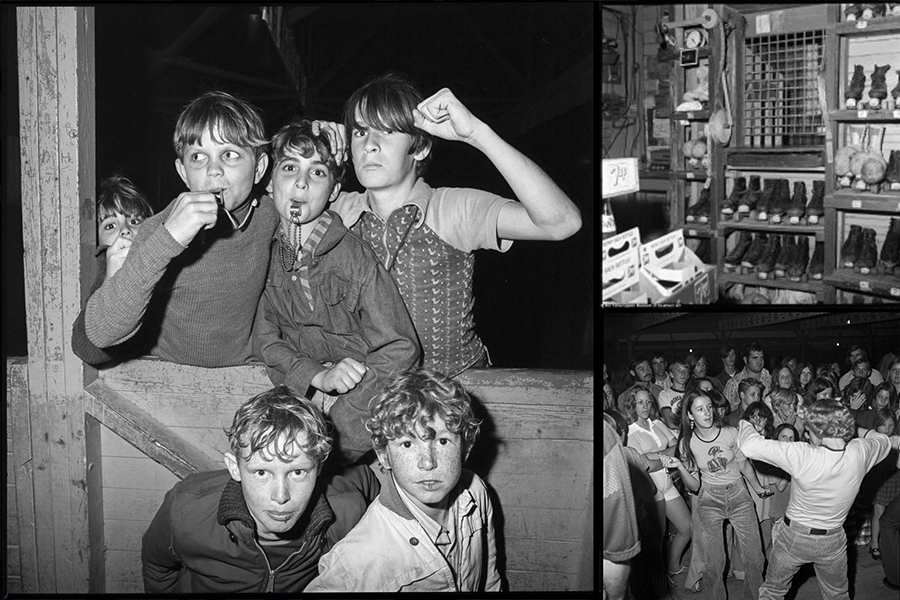 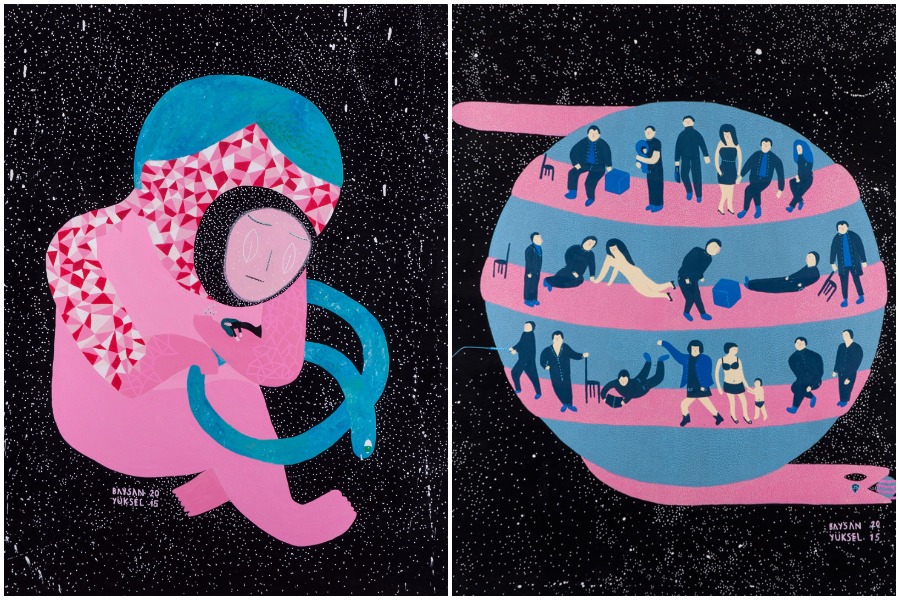 Serpent as a mentor: Baysan Yüksel