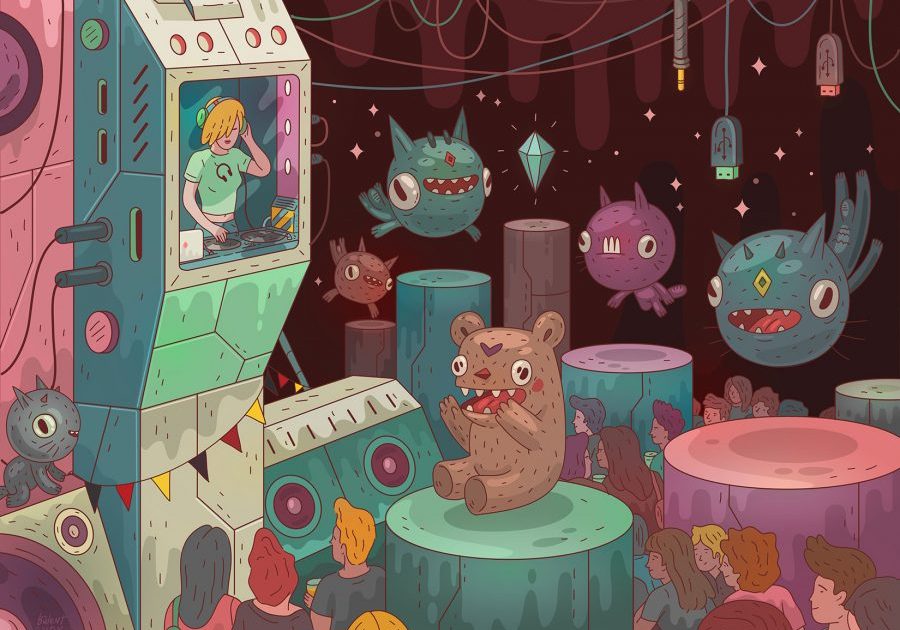 “It’s a fairy tale that women are intimidated by technology. They are just more self-critical than men and therefore very often work in their studios for years without presenting their music to the public.”

Mo Loschelder is the right person to talk about the 90’s and electronic music scene in Berlin. She has been working in music and art for more than 25 years. For the past six years, she has been promoting talented artists as Media Loca and organizing a number of events. She is also involved in female:pressure, the international network of female artists, which promotes ways of getting organised for women. Taking advantage of her first Istanbul trip as DJ Mo in March, we wanted to talk to her about her experiences, history, ideas and the reason behind the low number of female artists in electronic music.

You were in Istanbul recently as part of Heroines Of Sound event. It was an event made up of female artists. Have you done the similar event with the similar line-up in other cities? How did the Istanbul event go for you? What was notable to you from the evening?
Actually I am the co-curator of Heroines Of Sound Festival, which will happen at Radialsystem in Berlin from July 10th – 12th. Radialsystem and Borusan often co-operate, so we had been offered to organize an event there. On March 27th I was DJing because that was rounding the program and it gave me the opportunity to meet wonderful Evrim Tüfekcioglu! Istanbul in general was really great. I cannot express how much my family and I have enjoyed our extended stay of nine days. We were totally overwhelmed by the kindness and politeness of Istanbul’s citizens. We started to learn some Turkish words because of the beautiful sound of that language. And of course, we were impressed by the city itself. And crazy about all kinds of food, both the simple and the exquisite type. We want to come back asap!

As far as we know, techno culture in Berlin is very much related to the squatting tradition that was going on in East Berlin in1990 as there were so many empty houses back then. You moved to East Berlin during that time. What was the attraction for you to make that decision?
I moved to Berlin to understand how two countries, both named Germany, where citizens are speaking the same language but with totally different history, culture and philosophy, could unite. Originally it was my plan to do another master year at the East Berlin art academy but then, due to one year of vacuum where they could not operate as an art school, I started to explore East Berlin and got involved with many creative squatters, like Tacheles and underground art/music venues.

From 1992 – 1994 I ran a club called Elektro, together with Daniel Pflumm who is a visual artist, from there we moved on to other locations, started the label Elektro Music Department where I released several records and albums, mainly produced together with Klaus Kotai, a well-known producer from Vienna. Altogether we ran three clubs, Elektro, Panasonic and INIT, with no entrance fees for any of them. Which was possible because we didn’t have to pay any rent (squat) and because all invited Acts / DJs (like Robert Hood, Electric Indigo, Acid Maria, Patrick Pulsinger, Robert Henke…) were close friends and didn’t ask for high fees. Those activities would have been a lot more difficult or maybe even impossible to perform in any other city than in Berlin during the 1990ies.

Considering the scene and the streets and everything during that time in Berlin, can you say it was pretty much male-dominated, with not many women? Possibly there weren’t many female DJs apart from you? I also think the techno scene and the gay community was perhaps related too? Who were there at the time hanging out in those temporary “clubs”? We’d like to hear from you.
Oh no! There were many women at that time! Not so many DJs maybe. But organizers of great venues where the most adventurous mixture of art, music and politics happened were female. Unfortunately, like in many other parts of society, those women were forgotten and only the few male organizers are memorized.

In the early nineties, scenes were much more mixed than today. Gay, hetero, techno, hip hop, raga, disco… On one hand I regret that it has changed and that those scenes are now much more segregated. But on the other hand, nowadays electronic music has developed into so many elaborated directions, therefore in Berlin we have now lots and lots of big and small, mainstream and underground, established and temporary spaces. So I must say, I love it!

Over the past few years, we have read the statistics like the share of female artists taking part at electronic music festivals have been relatively low like around 10% and women represent 5% of music producers and engineers. None of this is shocking news of course. In your opinion, what are the main reasons for these numbers?
In general, there are many more female producers and DJs around now than there were 20 years ago, so that has changed for good. But what women still need to do is work on their network and on their visibility. Try to copy those strategies of men. And, at the same time, make people aware of female qualities. In fact, it’s just the same as in all other parts of society…

Do you believe women get intimidated by the male dominance in producing and engineering in the first place, and that they start with already thinking it’s something very difficult for them to excel at. Have you, yourself, gone through such phases? Or do you make observations as such from around you?
No, I believe that any woman who wants to create (not just music) are trying to find good teachers, male or female. It’s a fairy tale that women are intimidated by technology. They are just more self-critical than men and therefore very often work in their studios for years without presenting their music to the public. That has to be changed, too!

You have been promoting artists with your agency Media Loca since 2009. What are your motivations and inspirations as Media Loca? What are your keys to make the “business” work?
I started my agency because I did not want to travel as a DJ so much anymore. Instead I wanted to use my expert knowledge to work together with other artists (mostly longtime friends) and with promoters. Because I know how it is to be on stage but I also understand the promoter’s side. My key for success is to work with great artists and connect with fine promoters, to be precise, reliable, polite and patient. And still be a tough businesswoman, too.

What musical projects are you working on currently? What are your plans for the rest of the year?
As mentioned above, from July 10th – 12th there will be the Heroines Of Sound Festival, 3 days of electronic music by female pioneers and current musicians. Plus panels, sound installations and film projections. Then, I am trying to organize some events for female:pressure in South America, hopefully happening in autumn 2015. 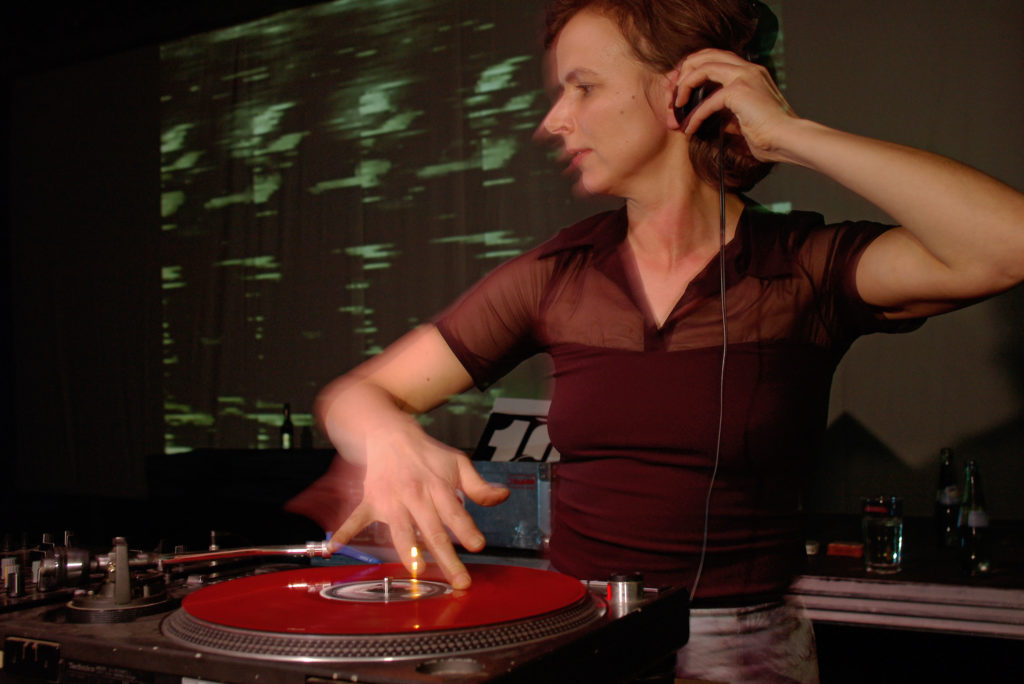 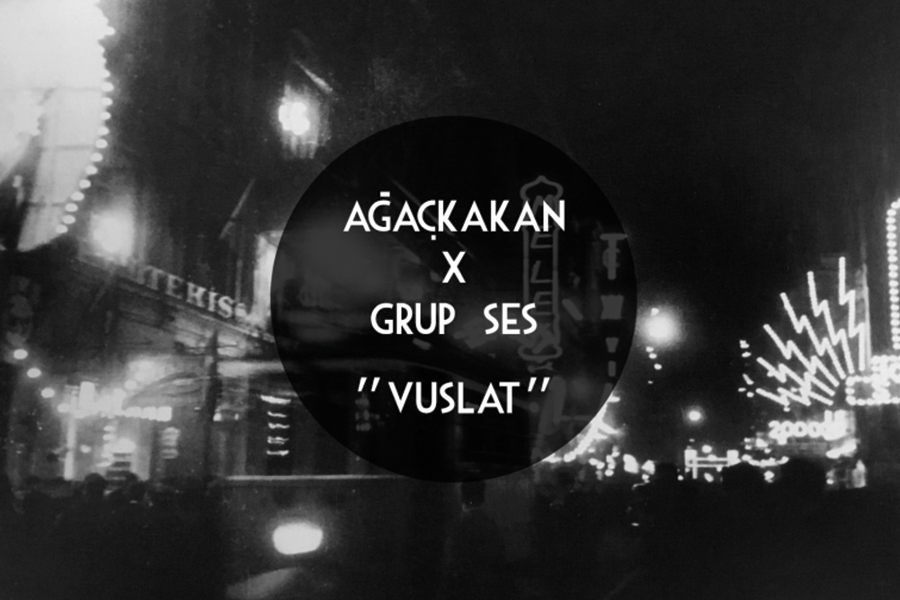