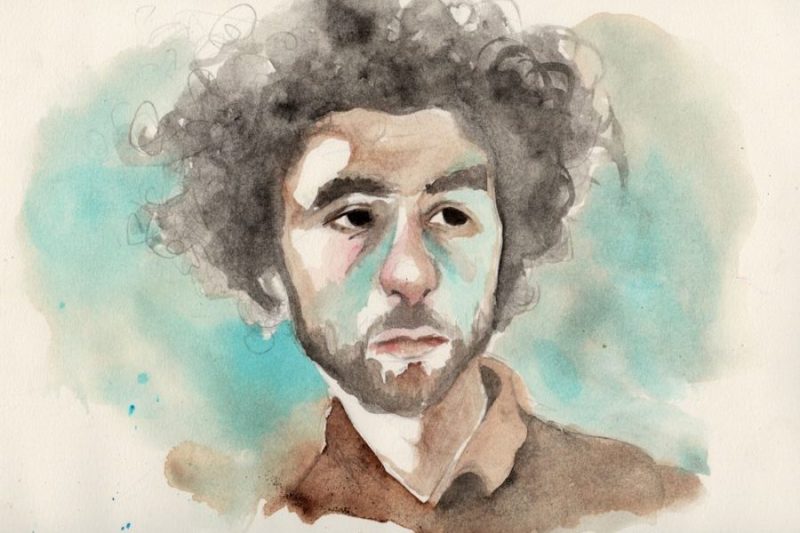 “I usually sit and write in my living room but I record in my kitchen. The kitchen is pretty big so, there’s a big table”

José González’s early releases helped him become a fast favourite, with his sedative songwriting and peculiar singing. After visiting İstanbul several times as solo and with his band Junip, he was one of the guests of this year’s One Love Festival last month. We had a chance to speak with the Swedish musician about his last albumVestiges & Claws and his song writing methods.

It’s not your first visit to İstanbul.
Yes, I came here with Junip and before that I played here solo couple of times.

So what’s the first thing you remember from İstanbul?
The city and driving in have always been the highlight for me, with the hills and amazing view. It’s a huge city and of course, all the shows have been really good.

It’s been eight years between your previous album and Vestiges & Claws.
I’ve been doing the albums pretty slowly but it’s been around three years for each album. First and second solos and then two Junip albums and then this one.

What’s the difference between working for Junip and working for solo records?
With Junip we do the music together from scratch. And then we work alone or together, but it’s all with this sound in mind with guitars, keyboards and drums. When it’s just me, it’s just guitar and vocals. I can focus on whatever style I’m into at the moment. It’s usually more focus on the guitar with the fingerpicking and try to make that song as could as possible in a minimal way.

It’s pretty easy to observe the change of the feeling in your albums. I think Vestiges & Claws sounds pretty bright and the record is really optimist when you compare it to your previous records. What’s the secret behind this?
I think part of that comes from the fact that I’ve become more self-conscious about what I’m doing. So, I think with my first album I was in more introvert style of writing. It’s a bit more moaning. I think that reflected my personality more on that moment. So the new album says more about me now. I’m 36 and the focus has switched from moaning about myself to looking from a hopeful perspective. And the optimism, it’s been there always but in different levels.

It’s also the most internal record in your discography For example the lyrics of the song “Open Book”,Lately I found myself in doubt, ask myself what it’s all about, What am I doing here? What’s this leading to? What do you think about this?
It’s a very direct lyric. I wrote the music first and then the lyrics. And I wanted to make a classic song. Before that I was avoiding cliches, trying to avoid cliches at least. With this one I wanted to do something similar to country music. Directly, straight to the point. That’s what I wanted to do with this one. Sounds personal, it is partly personal, not lonely but it’s a song I think many people can relate to.

As far as I know you recorded the most of the album at your house in Sweden. Can you tell me about the recording and song-writing process of Vestiges & Claws?
Sure. I was out touring with Junip and writing music for TV. So I’ve been gathering music through many years with demos. I started to complete the songs at home and also in the studio called Svenska Grammofon Studio. It’s the studio where I hang out most of the times. I was working with such a little setup and switching between home and studio. And I found working at home is easier. It’s in the center of Gothenburg and where I can leave the windows open and hear the birds and the city. And now I just moved to another apartment so it feels like I closed a chapter.

Throughout your career you have recorded amazing covers for songs from names such as Joy Division, Massive Attack, Kylie Minogue, etc. Recently you contributed a song to Arthur Russell tribute album. The song you covered, “This Is How We Walk On The Moon” was already one of my favourite Arthur Russell songs and your cover was also perfect. What are the things that you bear in mind when it comes to cover a song?
Lately I’ve been doing very few. But before, I was so slow at writing songs so I needed some covers for the live shows, for the albums, for the b-sides. With the Arthur Russell cover, it was a compilation and another people put it together. They asked me really early. I asked a friend like “What’s your favourite Arthur Russell song?”. She told me about “This Is How We Walk On The Moon”. To me, I heard it and I had some questions in my mind. I needed some time to think about it and I felt like it’s a nice song to try to make different, with still keeping its vibes. I was focusing on my guitar and also introducing new stuff that I usually don’t record, like electronics and the brass. I probably mentioned this in other interviews, I was thinking of two different types of albums. I didn’t know if I wanted to do the stripped down, acoustic guitar version or rather more produced one. So the Arthur Russell song is similar to what I had in mind for a while for an album.

I think Vestiges & Claws is also the most upbeat album in your discography with the rhythmic layers, etc. Did this come out from the conflict of two album types in your mind?
Yeah, partly. Because when I was working on demos and I was aiming to only have guitars and vocals. But the songs like “Let It Carry You” and “Stories” are all rhythmic songs. I started experimenting with hitting on the guitar and ended up between what I had in mind. But I still kept it so minimal, there are no drummers. I did everything on my home.

I read that you recorded some parts of the album in your kitchen.
Yes I usually sit and write in my living room but I record in my kitchen. The kitchen is pretty big so, there’s a big table.

Again for the covers, the great band The Gutter Twins made a great cover for your song “Down The Line” seven years ago. If you had a chance to choose a musician to cover a song from you, who would that be?
I wouldn’t mind a really good singer. Like Faith Evans or someone like that. One of the more or less bluesy musicians. I’m not sure but Faith Evans would be good. 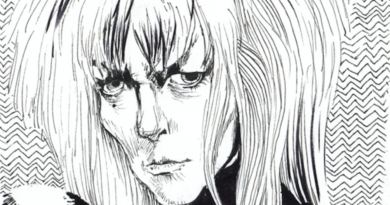 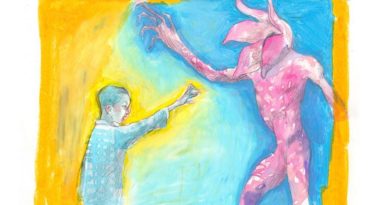 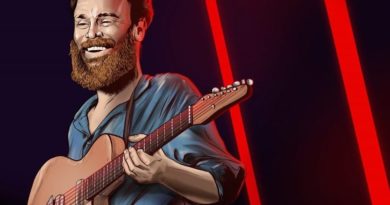 A Conglomeration of Perspectives: Rodrigo Amarante