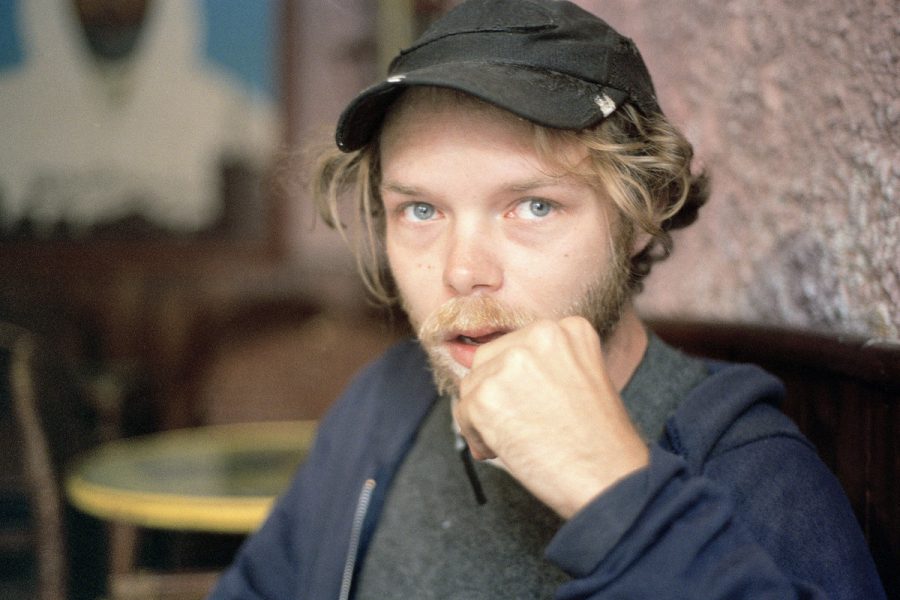 “I’ve recorded in Paris, Morocco and various studios around the world. But I prefer my little room.”

Black Dice member Eric Copeland’s solo journey has always taken the listener along for a fun ride. His most recent release is a new EP that includes four remixes from his last LP, Joke In The Hole. Right before the release of Remixes EP from DFA Records, we had a chance to speak with Copeland, about his upcoming EP with re-works from Panda Bear, Larry Gus, Fhloston Paradigm and Anthony Naples, about Istanbul and his niece.

Are there any specific reasons for choosing the Joke In The Hole album? Do you have any deeper connection between this album and yourself?

I spent more time on Joke in the Hole than pretty much anything I’ve worked on before. It took me about a year. Everyday.  So there are many deep connections there for me, from titles to sounds to how everything moved…  The only thing that is slightly disappointing for me is the sequence.  My original sequence, I feel, worked much better than what was released.  It’s really a small detail to some, but to me I wish I could go back and change it.  But I can’t.  I do think that all my ideas at the time are placed in there somehow.  I still think there are funny moments (like the title) with dark moments (like the title).  But strangely I’m no longer familiar with that record anymore.  Seems like a long time ago…

There’s an exciting variety in the musicians that you chose for the remixes. How did you decide on the artists make the remixes in the upcoming EP? Can you give us some details?

I really had no opinions regarding remixes.  DFA loves that world and I followed their leads on this.  Jon Galkin, who runs DFA, turned me on to three of the four people there I’d never heard of.  And he’s a big Panda Bear fan, so he asked if I’d reach out to Noah for one.  While this may sound a little sad, I like that I listen to that record as discovery, hearing other musicians’ take on my sounds, with little expectations.  I like the record.

Which one of the remixes is the most surprising one for you?

The Larry Gus remix still surprises me.  Can’t really figure out what’s mine, his, someone else’s…  He’s strangely musical in a sampling world.  And definitely took it way outside my ears.

Panda Bear is also releasing a remixes EP this month, too. If you had a chance to remix one of his songs, which one would you choose?

My favorite song off his new record is called “Butcher Baker Candlestick Maker.”  So maybe that one?  Though really, I think I just like his version.  Probably couldn’t improve on it:)  I also like his single “Mr Noah.”  But remixes are a weird world, maybe it’s best to work blindly or with a song you don’t really care for, in hope of improving it?

Remixing a song can totally change the feeling of the original. As a listener, can you name some of your favorite remixes? And what do you look for when you hear a remix of a song that you already knew?

I know very little of that world really.  I always liked the Eye remix of Black Dice.  And there are reggae dubs that I prefer to the originals.  I like the Primal Scream ‘Screamadelic” remixes (which are maybe  better known than the originals?).  That’s an accomplishment, to remix a record into the most well known version.  That’s a successful remix in my opinion.  I want someone to make it better.

What do you remember from your first visit to İstanbul?

I remember Istanbul fondly, though I recall our show being difficult to play for some reason.  But, if you remember, it was my birthday, we had a nice meal and drinks.  Aaron and I went to a bath house.  I remember the cab drivers flying through the city late at night.  I would love to return one day and spend a little more time there.

It’s been almost 10 years since the last release of Terrestrial Tones. Do you guys ever think of a new release or working together again?

We live on opposite coasts and really only spend a few hours a year together.  Tones was the product of years of living together.  It was a nice way to be productive at home (and in Paris, where we made Dead Drunk).  One day, I’m sure an opportunity will present itself for us to do something else together, but I don’t think either of us are chasing that down.  I’m happy with what we have done.

You’re a really productive musician. The number of the singles, EP’s and LP’s you released in 7 years are around 20. And this number doesn’t include Black Dice records. Can you tell us about your creative process? How would you describe your studio and working places? In what kind of environments do you feel more productive?

Black Dice has been in the same practice space/studio for almost 10 years.  Almost all the music I’ve made in that decade has been in that room.  It’s maybe 9 meters square?  No windows, in a basement.  I spend a good 7 hours there a day, 6 days a week.  I work on songs until they tell me they’re finished.  I usually have something at the beginning phase, then another few in mid-creation, and then I will be finishing up a few songs too.  In all phases of creation.  It has been the most stable environment in my life now, while remaining one of the craziest places I’ve had the pleasure to enjoy.  Really great people are outside my door, while the threat of eviction is just as close.  It deserves a book of it’s own.  Some days I get very little done, but it’s extremely important for me to be in my studio, at least listening to what I’m doing.  Or playing acoustic guitar.  Or just listening to the radio through loud speakers.  This can go on for days until I get hit by an idea and will get back to work.  Outside of this room, I’ve recorded in Paris (at home), Morocco (at home), and various studios around the world.  But I prefer my little room.

What brings you to life after the exhaustion of long tours?

Some normalcy?  I haven’t had to tour real long or hard for a while.  But if I recall, the best thing to do when returning from tour is to be alone in your home town/city.  Just to eat without having to make decisions with four other people is liberating.  Go for a walk without having to stress about your routine yet.

What are some of the non-musical influences that you feed from nowadays?

I appreciate other peoples’ work.  I love television, movies, books.  I love hearing the lives of artists.  I’m reading about the KLF right now, and though musicians, I am inspired by their ability to not identify as one.  Certain cities I find influential: New Orleans, Montreal, Madrid, Copenhagen…  In New York, I have a second home at Secret Project Robot, a not-for-profit space near my apartment.  Their brave tunnel-vision to get shit done has been inspiring.

What are you hopeful about for the near future?

I have a niece I hope will redirect the planet.  Otherwise, we are pretty fucked I fear.  On a smaller level, I’m moving out of NYC after almost 20 years and am hopeful I will hit the ground running…  And I hope that this technological zeitgeist will have a backlash and we can maybe get back to living on the planet with a healthy respect for it.  But again, I’m more fearful than hopeful about that…

Can you tell us about your future plans? Should we expect a new Eric Copeland or Black Dice LP in the near future?

Both the other members of Black Dice are in Los Angeles now, so we are not able to work at the same rate as we have for so long.  But we recorded two songs about a year ago and are hoping to get them mixed and released sometime soon.  Dice also have been working on a compilation of all our earliest records which may/may not see the light of day…  Not sure where we are in that release.  I have another solo record called ‘Jesus Freak’ coming out on L.I.E.S. sometime in the fall, if I can figure out the artwork.  I have also made a book of cutups, a beautiful stumble into my brain.  But books are more expensive than records, so who knows if I’ll find it a home…  Then on top of that, some surprises as well, we’ll see… 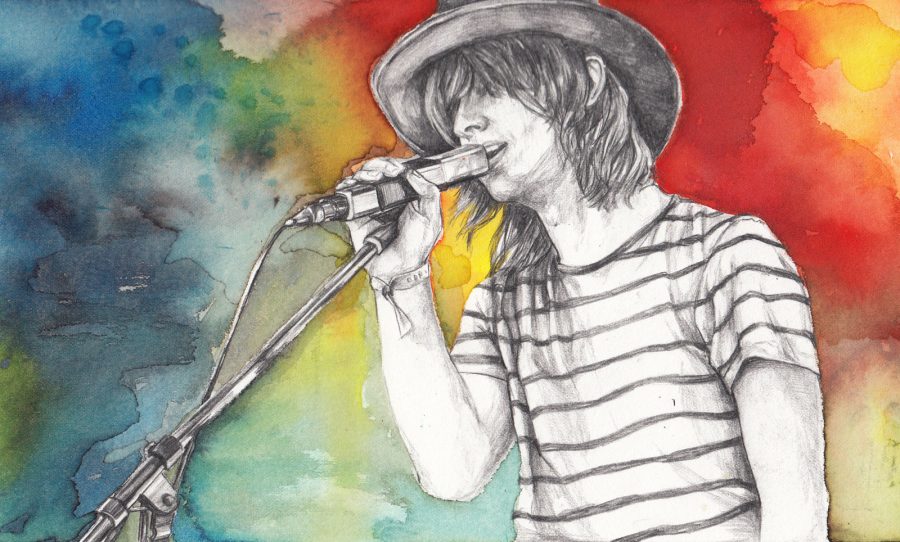 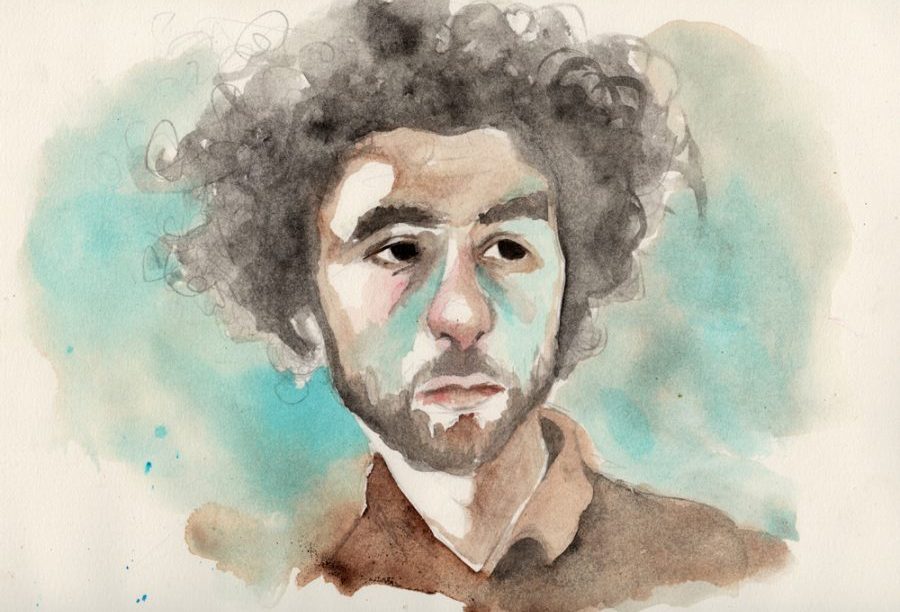 José González: “The optimism, it’s been there always but in different levels.” 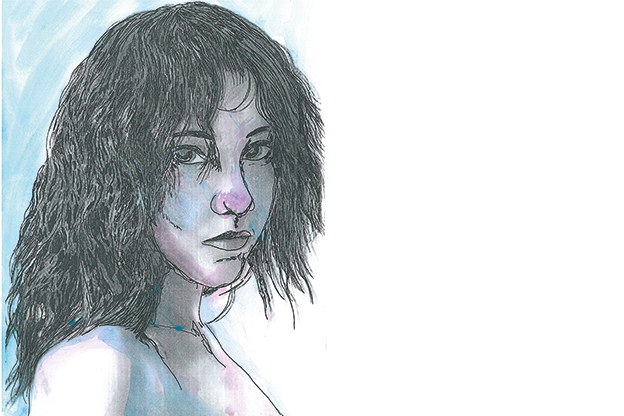