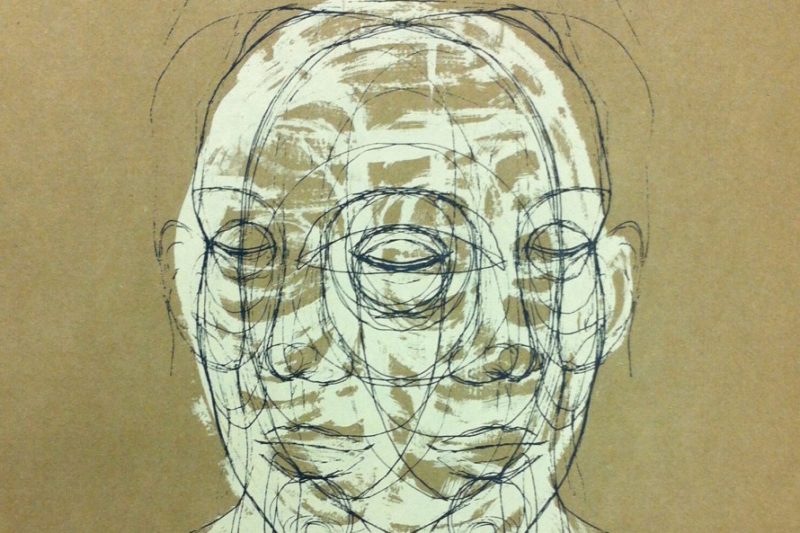 Dutch artist Joris Diks, is one of the “lucky” guys who turned his passion to music into a job. Making silkscreen gigposters for bands almost for five years now, Diks worked with such great artists as J Mascis, Sharon Van Etten, Sinkane and Viet Cong.

Joris Diks has had exhibitions in a lot of different countries from Rome to Austin. We met Diks, in his own studio in Utrecht, to talk about the gigposter scene and his own ambition about this work.

How did you first start to be interested in making posters?

I was screenprinting already a little bit. I was working at the time in a small arthouse cinema. We were showing series of classical movies. We didn’t have any promotional material for it. So I decided to make a poster quickly in my computer and printed out. Afterwards, I got some good reactions to it. I felt like maybe I could make it bigger or try to screenprint it. I started doing this for all the screenings. This was really interesting to do designwise. I was doing some research on copyright, because I was selling the posters with the name of the movies on them. So I just wanted to be sure if this was okay. While doing this research I found out about the gigposter scene. It was like a puzzle that fits together. I like to make posters, I like to make screenprint, I love music!

I guess it was 2010. I saw many posters before but I didn’t realize it’s a scene and they were screenprinted, etc. So I got really excited about doing this but I didn’t know where to start. I wasn’t in a band. I didn’t have any connection in the music industry. I thought about asking a local venue here in Utrecht. I arranged something with Ekko and they thought that this was a good idea. I started to do 1-2 posters each month. I met the bands and I got to see their shows free! That was really nice to do. And in 2012 I found out about Flatstock. The poster shows. I decided I wanted to go there. In 2012, I did my first Flatstock in Hamburg. It was amazing, there were like 30 other poster artists. High quality, very friendly guys. Since then, I’ve been hooked.

How would you describe this gigposter scene?

Before I went to my first Flatstock, I was searching a little bit on the website gigposters.com. It’s like the community of the gigposter artists. They were making hard jokes. Because it was anonymous and they were quite strong in their opinion. Before going to Flatstock, I was thinking that maybe I’m not a good fit into all these really bossy men. I was really nervous. But in the end, they were all really nice guys, really friendly and helpful. Of course, there’s kind of a competition between each other but it’s more a competition that you have to try harder to keep the quality high. It’s never aggressive. There are not a lot of secrets. Everyone’s really willing to share their knowledge and the connections. It’s a worldwide thing, I have friends from all over the world now.

Do you remember the first gigposter you made?

Yes. It was probably the first paid poster I did. It was a European tour poster for Megafaun. It was kind of a pitch. There were some more people who were submitting their designs fort hem. And they chose my poster. I’m still in touch with the guy who worked with Megafaun. It was also a really nice musical discovery for me.

It’s always nice if I discover new music. But I have to like the music. I have this sort of click, there needs to be sort of magic happening. Of course I can design things but it’s better if you also like the music.

When you work on a poster, do you listen to the music of the band at the same time?

Maybe if I don’t know the bands. Sometimes I have this feeling from the music makes me want to draw. Sometimes a background information about the artist, sometimes it’s a track title or a lyric. Most of the times it’s something I feel about the band. I read some interviews before. I think it’s more interesting than doing a literal translation of a lyric or something.

You exhibited your works at some festivals like Primavera Sound, Le Guess Who?, etc. And also there are some art fairs and gigposter events. Which one does fit well with the spirit of this work?

That’s a difficult question. Flatstock events are specially for screenprinted gigposters. It’s always in connection with a music festival. I think that’s important. And the people who go there already know where they’re going. Yesterday I was at this graphic design festival and people don’t understand what it is. They asked me questions like “What does this mean?”, “Is this a poster?”, etc. Generally you need to explain a lot. You need to explain that it’s a piece of art and it’s more of a merchandise item. It’s not a poster that you put on the streets. You need to teach people that it has some value. For me it’s also nice if somebody buys my poster without knowing the band! Because it means that they like the illustration. Both is good. It’s always a mixture of those two.

You made interactions with lots of bands and musicians for your work. Probably there are dozens of interesting stories. Is there any remarkable one for you?

Most of the time, they are all nice stories. The bands and musicians are really happy with it. I made a poster for Viet Cong for their South By Southwest show. I went to Austin and I was in my booth with my posters. There was a guy and a girl looking at my posters. The guy’s arm was injured and they were looking at my posters and talking about them. He said that he liked my stuff and would like to buy one Viet Cong poster. I said “Thank you” and the girl who was with him said: “Yeah, it’s his band!” He was the drummer of Viet Cong. I didn’t know him before. I found it so cool that he wanted to buy the poster without mentioning. Of course I gave the poster to him afterwards. The band received their copies one week later. I appreciate that a lot.

In your studio I saw some of your illustrations from some of your gigposters without any band names or concert dates on them. When you work on a poster for a concert, do you start from nothing or do you use any of your previous drawings for the poster?

The thing with the gigposters is, there’s not much money involved in this scene. But the good thing is that you have your total freedom to design whatever you want. For me the image needs to be something that I’m happy with. So it can be really “me”. I can also use it sometimes for an artprint or something else. Since it’s not a literal translation of some words or something, it can also stands for itself. I started doing this, because sometimes people like the image, hate the band.

You said that your work needs to represent “you”. How would you define this “you”?

Oh, Jesus! Maybe it’s good to describe how I approach this work. Because there’s a lot of freedom and there’s not much money involved, the gigposters is not the thing I pay my bills with. The gigposters is the thing I do because I love to do. I have the need to do it. It also gives you freedom to try new things. I think in every poster I try something new. Sometimes this works and sometimes it doesn’t work and you have a shitty poster. This is like my business card. This is what I do now. The way I draw, it’s like a flow. It’s a little bit like music. There are elements that I put, I think fits good with the music. And this changes a lot. If I look at my work, I think they’re all totally different, they’re not really connected to each other. But someone else can say that, when I see your poster I recognize it’s yours. One of the last posters I did for the Angus and Julia Stone show, at that time I was re-reading a lot of Moebius comics. I can see the influence of this in that poster for example.

You have already worked with a lot of bands that you already loved. But is there a wishlist?

Of course! Ever growing wishlist! I have a couple of band which are my youth heroes. If I can do something for Pearl Jam, that would be awesome. Or Tom Waits or Radiohead… I’m not sure if this is ever going to happen but you never know. But I would love to do something for She Keeps Bees. I really like their music! Calexico! I would love to something for them and maybe this is going to happen. I can name some other bands but it’s more about the connection I make with the music and the creativity. Björk would also be interesting! 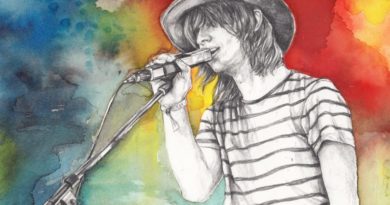 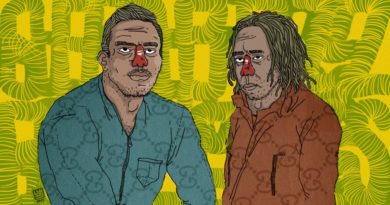 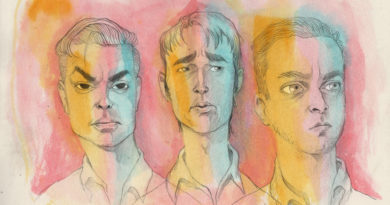