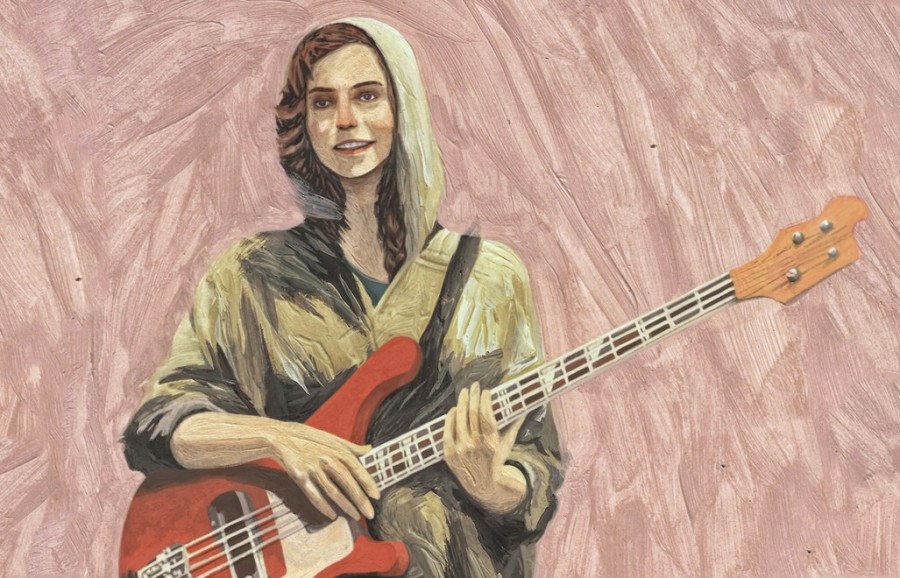 We talked with Angel Deradoorian about her wonderful first solo record from Anticon, The Expanding Flower Planet.

Angel Deradoorian, previously a member of the Dirty Projectors and Avey Tare’s Slasher Flicks, released her first solo record called The Expanding Flower Planet on Anticon Records this year. We had a chance to talk about the album which includes Ariel Pink’s Haunted Graffiti member Kenny Gilmore on production with Deradoorian, just before her first İstanbul show in November 15, as a guest of Bant Mag!

The Expanding Flower Planet is your first long play. But the very first Deradoorian record wasreleased six years ago as an EP. When you compare two of those records, what kind of changes do you observe in your own songwriting?
There are plenty of changes that occurred within that window of time. I had much more time to focus on the songwriting and structures of these songs so it helped me grow a lot in that regard. I still think there are elements that run through from the EP like the drone aspects and some tones.

The Expanding Flower Planet, comes from a Chinese mandala tapestry hung on a wall in your own studio. Can you describe the environment in your studio during the recording sessions? Is that the place that you feel yourself most comfortable and creative?
My studio moved from being in Baltimore to being in Los Angeles. Baltimore was very lovely, a big room with windows looking out to the forest. I had lots of space to set everything up and create. It felt really good. The LA studio was a much different, darker, garage space, where I ended up writing some of the darker sounding songs on the record. They both served well in the creation process.

The album starts with a really upbeat and energetic song, “A Beautiful Woman”. But the rest of the album sounded more calmly and especially more hypnotic. I like the word immaterial to describe the sound and song structures in The Expanding Flower Planet. Which adjectives would you use to describe the album to someone who hasn’t heard any songs yet?
I usually say it’s like a choir of shamanic women singing from a cave in a mountain.

The songs like “Komodo” and “Violet Minded” especially stick in the mind with the vocal melodies. Also there are some songs in the album  with rhythmic layers or surprising song structures. As a listener it’s hard to imagine just one method of song writing inThe Expanding Flower Planet. What general route did you follow while working in the studio? Were there any concepts in your mind?
Each song had its own path to getting to it. There was a lot of room for me to explore each song and the elements I wanted to incorporate into them. Some started with the beat, some with synthesizer.

How was working with Kenny Gilmore? How would you describe the musical connection between two of you?
Working with Kenny was amazing. He’s one of my favorite collaborators. We have a connection on a musical level that is rather profound. By the latter half of the session we were reading each other’s minds on recording techniques, production ideas, etc. He is so talented and I’m so grateful we ended up working on this together.

The recordings of the album have been done in different locations. Do you see any reflection of this fact in the album?
It’s hard for me to know because I don’t have much of an objective perspective on my music. It feels like I create wherever I am and whatever I’m feeling at that time. Whatever inspires me. I would say the different locations didn’t have much of an impact, but others might disagree.

Was making solo music one of the reasons of your departure from Dirty Projectors? Do you feel like there are some habits in creation span that you carried with you from that era?
Yes, that was the exact reason for the departure. It would’ve been then or doing another album cycle with DP’s. There are lots of things I took from that era. Dave Longstreth has a very strong work ethic and I saw how much it really takes to get your music out there and for it to sound good. There’s sonic elements from DP’s that carried over in to this record, mostly vocal influence. I really came into my singing abilities in DP’s so some of that vocal style has become part of my vocal style.

Anticon is such an inspiring label with the varying sounds in their catalogue through the years. How was working with them?
It’s been great working with Anticon. A very hands on experience, which works well for me. I think it’s great they are expanding their musical taste/output and it seems to be working very positively for them. I’m glad to be a part of that.

One of the most exciting records that we’ve been listening to over the past year was Enter The Slasherhouse. Do you guys think about any more releases with Avey Tare’s Slasher Flicks?
Right now we are all focusing on different projects. I’m not sure what the next step is for ATSF but maybe some day we will have more music!

You’ll be touring with your sister, Ariene as far as I know. Can you give us some clues from the upcoming live shows and do you have an idea to expand the live form of Deradoorian?
The live show is like the live video we released this year for “A Beautiful Woman” Live drum loops, vocals, synths, bass, singing. It’s really fun. I hope to invite more members to the band next year. It would be great to have a full band to create an entirely different and exciting experience.

I know it’s a little early to ask this, but since you’re an artist who comes up with surprises all the time, what’s next for Deradoorian?
It’s a surprise for me too. 🙂 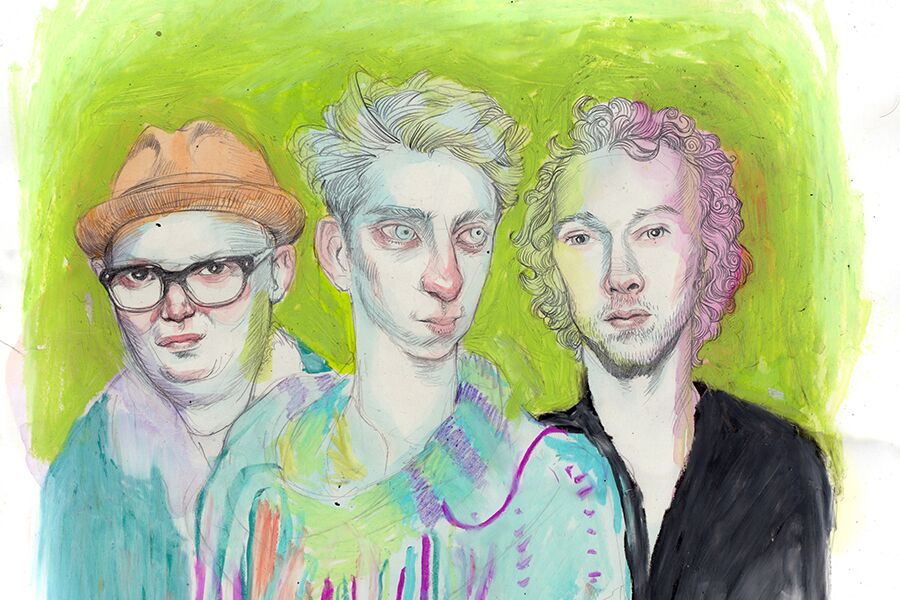 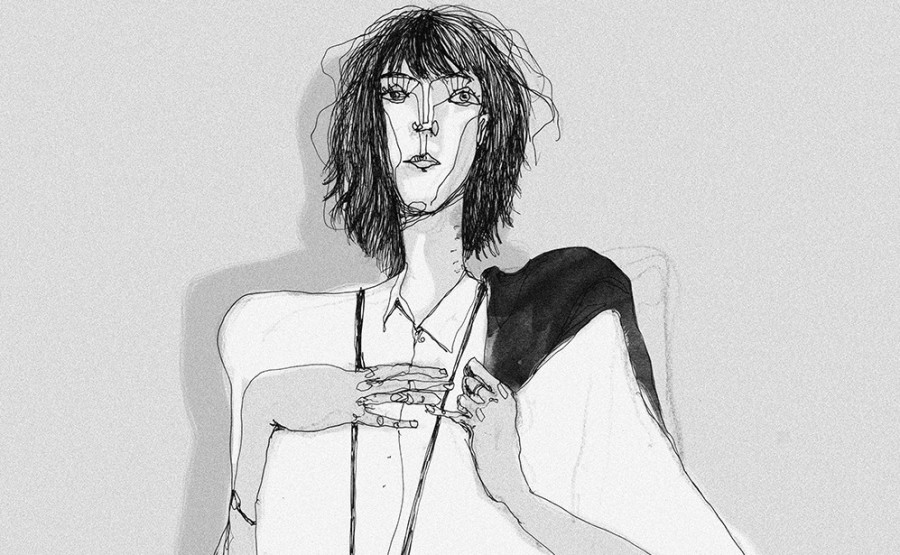 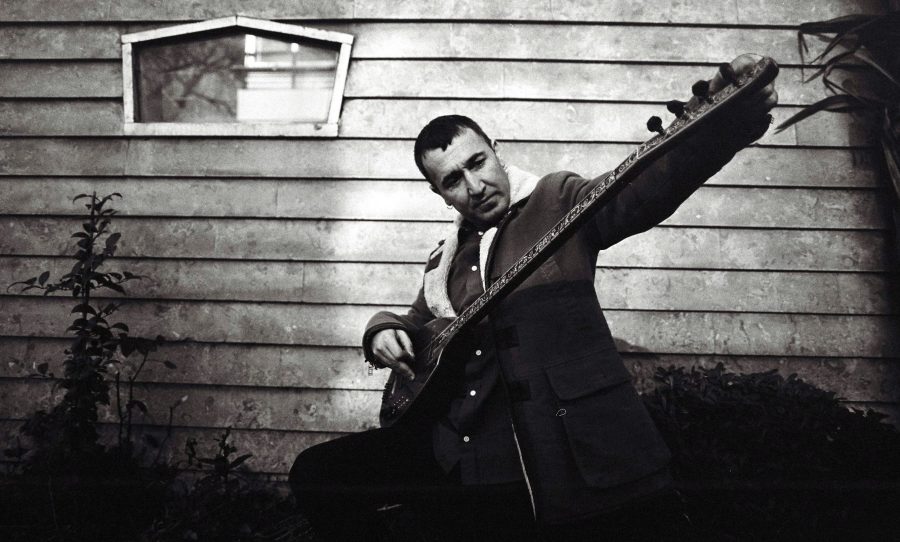