We sat down with Toufic Hamidi, whose work will be shown at the Seasons – Act II exhibition opening on 9 July at Bant Mag. Mekân and talked about his approach to paintings and what inspires him.

Toufic Hamidi works and experiments with various techniques and means of expression from printmaking to etching. The paintings he has recently been making are portraits of various states of the wildness of animals. Absorbing, the work draw you in as they emphasise the very reality of life. Born in Aleppo and raised in Syria, Toufic Hamidi left Aleppo due to the ongoing war for Saudi Arabia in 2012 and has been living in Istanbul since 2014. We sat down with Hamidi to hear his journey and his creation process.

Please tell us about how you got involved in drawing, painting and printing. When did you know you wanted to become an artist? What was your initial motivation?

I actually started drawing too long ago to remember exactly and then I studied fine arts. But in terms of paintings, I really started in 2013. I was in Saudi Arabia. My plan was to try to do only art. And that was the first time I was making such a plan. And I was alone. But also I was living my friend Mohammad Zaza.

He recently opened an exhibition at Tütün Deposu. We did an interview with him for our website.

Yes. He was an artist and I was around him most of the time. I was living with him also in Aleppo. He has been an artist for a long time and did many exhibitions, also in Aleppo too. I didn’t study painting at university because I studied etching. But I was living with a painter and he was working on his art all the time in the studio, so I got to do some experiments about painting on canvas. And I can say that I am not a painter; I still use the paint not like a painter but more like in an etching way, like print ink. Anyway, then I met some people from a gallery and started to work there. It was the first time I was trying. My goal was just to be able to produce my own work and to give it all my time. When I was working with this gallery, I was seeing more paintings, meeting organizers and curators. I was taking pictures for the collection they have and organizing the works. So I was in touch with a lot of paintings and other artworks, which was also giving me more energy and motivation to start trying. After that, I decided I didn’t have to wait for a long time to do an exhibition. I had the faith, the gallery and the time. I didn’t have to wait. Also the atmosphere in Saudi Arabia helped me to do be able to do that because in Aleppo I had lost the things around me. I was just a student. I just wanted to finish and get on with things. In Saudi Arabia I was just alone and I felt that it is something that I should do with myself. I knew I should try. So it was the beginning, I tried a lot. I did a lot. And I saw a lot.

How did you decide to move to Istanbul?

It is not about work. It is personal. I told you, it was such a different atmosphere in Saudi Arabia. The spaces were extremely big there. Big trees, big buildings, big cars. Everything is big. People can’t see each other. So let’s say you and I are at the same traffic lights, we will never see each other. And after two years of this, I said enough. I could go there again but I wanted to live somewhere else. And Turkey was an option as it is close to Syria with its culture, its streets, its environment and everything. So I chose Istanbul because I like it. I have friends here. I was hearing a lot from them too. I like the activities, parties, concerts. And I like to see people and talk to them. In Saudi Arabia I didn’t have that. Everything had become more official.

What do you find especially inspiring in Istanbul?

The thing that connects me with Istanbul is strange. I have been here for two years but I feel like I’ve not discovered it at all. I have to have more time in Istanbul just to get to know it. This isn’t about my work or paintings. It is something I feel inside. It is a very big city, very detailed, very mixed. It is not like a mix between Europe and Middle East. It is more than that. I’ve been here for two years and I feel like I never had my  time. Everything still makes me stare at them. So I have to do more in order to talk more about it.

What are the main themes, ideas and inspirations of the work you will show at “Mevsimler – Seasons” exhibition that will be opening in July? Did you produce all the pieces for the exhibition in Istanbul?

Yes, I produced them all in Istanbul. I’d been working on some pieces before I came here but now I have new work. I’m not bringing together the whole experiment together in this exhibition. It will take more time. I will be showing some of them. And it’s not like there is a certain idea behind them. They are just paintings I do. And there is a symbolic story behind them. Not a big story. I feel that these days I am more actively moving in front of the work. And in general I draw animals, or something from the animals or the feelings of some animals. I am interested in the wildness of animals. For me it is not important to draw a tiger or a lion. I am interested in the wildness. Because wild is everywhere, in Syria for example. So yes, they should be wild.

You very much like to use different techniques. Like you say, you move in front of the painting, try different things and experiment. When you are producing your work why do you like to work with these different expressions?

Yes, actually I use many different techniques. Sometimes they are not far from each other but the point is I don’t do it the same way every time. It is actually about time and every other time, the approach is different. For a while I use a certain technique and after that I start using another one. Now I do paintings for example and I only do paintings. It’s not about my mood. It is about my conditions. For example paintings are more welcoming for my choice, my space, my reactions at the moment. And etching on the other hand is a totally different thing because I do etching as some kind of an activity for relaxing when I have stability and peace in life and within me. Every technique requires different conditions. It is about my condition.

When you are working on a painting, how do you know it is finished?

Sometimes I know it is not finished. Sometimes I feel that it is not finished at all but it is actually finished. It’s something to do with the balance. Sometimes I know it is finished but I don’t like it. So if you want me to tell you like an art critic I can tell you that artworks, like music, are never finished. You can add some things even after three years when you see your work. It just never finishes. But talking about my own work, I don’t see them as products anyway. And I’m not a machine who produce them. I don’t decide to produce them. I just see them as some things in front of me like any other things that belong to me. I have to do them and be good with them. So it is hard to know when it is finished because it’s giving something new with every move you move in front of it. Sometimes I see it is not finished at all and I don’t want to continue. I go and after three days I open it to continue and see that it is finished. And I don’t add anything else. It is really about the moment. 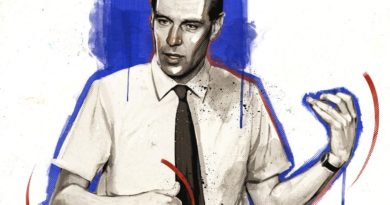 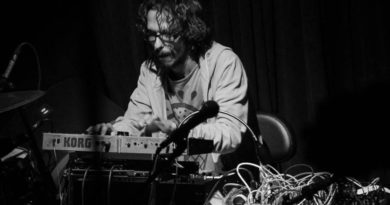