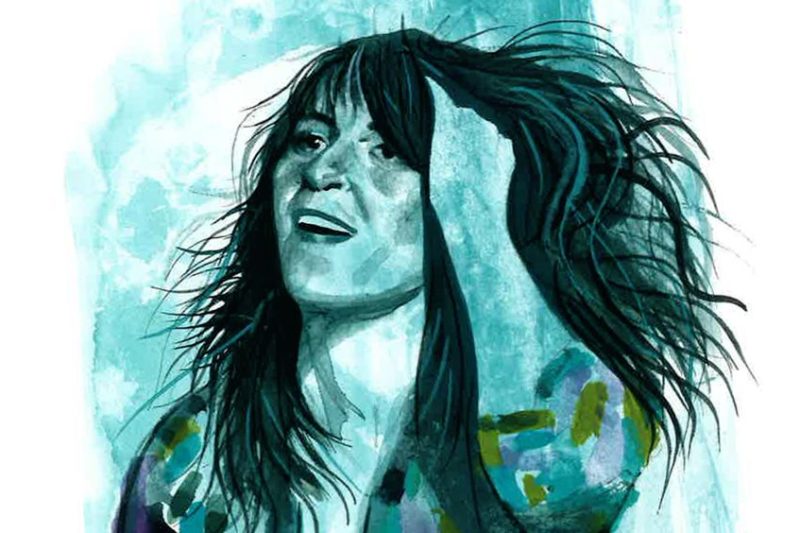 Nite Jewel, a.k.a Ramona Gonzales is back with a new album Liquid Cool and her own record label Gioriette. We talked Ramona about the new Nite Jewel album and its recording process.

You’ll be releasing your new album Liquid Cool in few weeks. We heard some songs, but can you give us some clues about the upcoming release?

I’m feeling great. It’s so wonderful for people to hear what I have been working on and for them to like it, ha. There are a couple videos and another single is coming and some remixes as well. I’ll also be touring Europe and the US September through the fall.

It’s been five years since the release of your last LP, Our Second of Love. What took you this long to release a new album?

From 2012 until now I was recording constantly. I made three albums before Liquid Cool. The last one, I considered releasing and was touring the songs, but something just didn’t feel right about it. I knew that I was unhappy with my label and wanted to split, and felt that I needed to fully detach from them before I could record the album I wanted. The other thing is that the previous three albums before Liquid Cool were done with collaborators, mostly Cole MGN, which I loved doing, but ultimately I felt like the new album needed to be made entirely on my own.

Gloriette Records is very important for you and your musical history. Why have you decided to work with Gloriette again?

Gloriette is very important for me. After releasing Good Evening on Gloriette in 2008, I never fully understood how successful that campaign truly was. It was a purely independent release and it sold well, did well critically, and became a cult classic. I knew that I had the capacity to do this again, and once I saw the paltry campaign that Secretly Canadian ran for me, I knew I could make Liquid Cool a success. Gloriette is a cutting edge label, I am happy to have started it and I am happy to continue it in a more legitimate fashion now. With Ariel Pink, The Samps, Puro Instinct, and multiple re-issues, there’s no roster that is better suited to accompany Nite Jewel into the future.

According to your new song “Kiss the Screen”, being digital and having a chance to connect with anyone at any time is a very complicated action. Do you miss non-digital days?

I do and I don’t. On one hand, the relationships I made non-virtually in the past have a different colour to them. They are almost deeper, more firmly planted in the ground. But then I would have never been able to start Nite Jewel without the digital universe delivering my music to people initially through myspace. I think it’s about how to use technology in a way that doesn’t drown out true connections, but it’s difficult because corporate interests have designed a lot of popular technology to make us less connected to each other and more connected to commerce.

Let’s talk about recording process. Where were you, how and when did you decide to make a new album??

So like I said before, I had recorded three albums previously, with collaborators, in a number of studios. for this one, I wanted to recapture my earlier days of recordings and I felt the best way to do that would be to recreate the environment I was in when recording albums like Good Evening and Am I Real, etc. so I recorded alone in my apartment in Los Angeles, with a few limited pieces of gear. In addition, for extra privacy and concentration, I recorded in a large walk-in closet with the door closed, haha.

All your album covers include your own portrait. But for the first time, your face is not that clear in the cover of Liquid Cool. Does this relate at all to the songs?

I hadn’t thought about that actually, but it’s a good point. I guess that’s something for the listener to discover.

While listening to ”Boo-hoo” and “Kiss the Screen”, it feels like we are time traveling to the 80’s in terms of vocal and rhythm. We know that you love music from that era. If you had a chance to work with a musician from the 80’s, who would that be? Why?

Haha, probably Prince (RIP) or Bill Nelson. Prince because he is the ultimate and in some fantasy realm of mine, I’d be one of his vocalists and write an album with him. Bill Nelson because I feel like we are kindred producers and could come up with some super off-kilter, leftfield pop together.

Julia Holter’s Have You In My Wilderness was heralded as one of the best albums of 2015. You were making music with her some time ago and you both performed in Turkey. Are there any plans to make music with Julia Holter in the near future?

Julia and I are always planning on making new music together. And I hope we can come back to Istanbul and perform together again. But for now, she is doing a remix for one of my songs. I’m super excited to hear it. 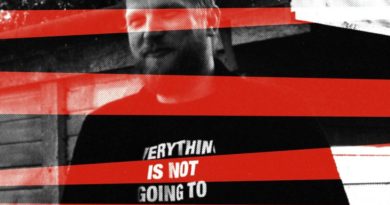 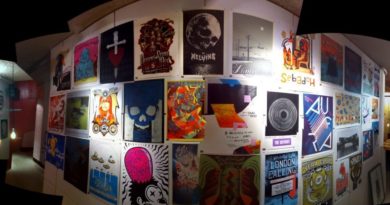 A passion that catches the vibes: Le Gig Poster? 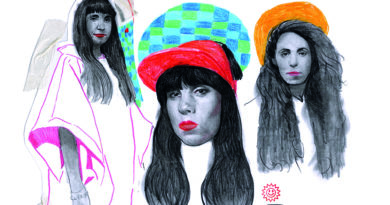 A-WA: A music solidarity passing down from generation to generation