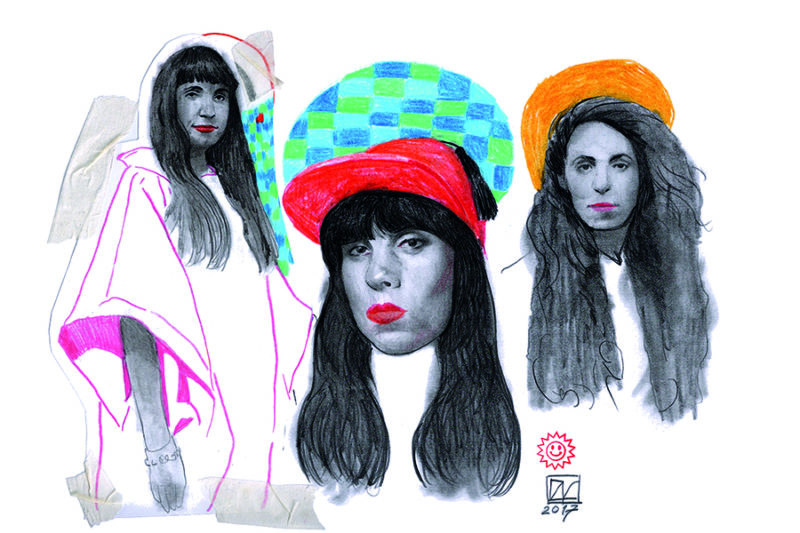 Haim sisters have topped the charts in Israel and drew the attention of audiences worldwide with their electro-pop and hip hop infused and highly addictive twist of the oral history and musical solidarity of Yemenite women. A-WA is here to talk about how they carry their historical bonds to the future and some details of the new album, which will come out at some point in 2018 before their first Istanbul appearance at Babylon on September 23 and 24.

What do you recall as the earliest memories of getting to meet with Yemenite music traditions at the family home?
We remember our grandpa’s voice praying in a very melodic way with special frills that sounded as if he was singing. Our grandma used to sing to us in Arabic while cooking special Yemenite dishes such as Jachnun and soup, and before bedtime she used to tell us Yemenite folktales spiced up with a lot of wisdom and sense of humour.

Your music is inspired from the history of rural Jewish women traditionally chanting in Yemen, while working around the house together in order to share their feelings and thoughts. Is there a specific story, a certain lyric or a woman that first comes to mind which has inspired you most about this history?
Our grandma comes to mind every time we sing or discuss the Yemenite culture.

She is such a fascinating person and has been our inspiration ever since we were kids. As a Yemenite woman, she has also a very melodic voice and a great sense of humour. She is warm, humble, proud and very wise. She has been going through a lot and still managed to raise a respected family of her own, using her inner strength, wisdom, and intuition.

What data do you know about the historic travel of the song “Habib Galbi” and how it was passed on from generation to generation by Jewish Yemeni women?
“Habib Galbi”, (love of my heart) as many folk songs, was passing down as an oral tradition from one woman to another and naturally was going through some changes over the years. Each woman would intuitively change the lyrics or the melody, and that is what made this song very flexible for us to work with. We know it was first recorded in the early 50’s, when the largest group of Yemenite Jewish people immigrated to Israel, by a male singer, Shlomo Moka’a, there’s also a beautiful version of the singer Zion Golan. Anyways, by recording “Habib Galbi” and giving it our own female interpretation, sound and performance, we are continuing our grandma’s tradition, with a fresh sound and up to date production.

Although we get the sense of the traditional Yemenite songs can be deeply emotional and sad songs, which is a very familiar folkloric component, you have created the perfect “feel good” vibe and pure pleasure with your music. Can you explain how the sense of humour and the empowering positive vibes become the core of A-WA’s music? And how does this approach connect with the Yemenite women tribal singing tradition historically?
The good vibes coming from our music reflects our positive energy and approach to life, and also you have to keep in mind that Yemenite folk songs created by women as an outlet, from the need to overcome hard times, so you can find a lot of freedom in their addictive groove, emotional melodies and lyrics. Music has a great power of releasing tensions and pain, confronting and bringing hope. We love that concept and we feel that this is one of our largest goals; to bring joy and comfort to people wherever they are, to empower and inspire our listeners.

When working with traditional folk songs, how do you approach and work around the songs to recreate them as modernized pop tunes? What kind of changes do you make in song structures?
Working on our debut album was a long fascinating journey. We started by collecting the songs, then jamming at home and making cool beats on the keyboard, harmonizing each song and adding our vocals arrangements, then recording home demos and sending it to our producer, Tomer Yosef. In the studio, we made some changes in the structures of the songs, adding samples of ourselves, cutting some verses, adding new choruses, creating new b and c parts, and intros. The whole process had sharpened our sound and allowed us to bring our unique style into these songs.

Nowadays we’re working on our second album and the creating process is completely different. This concept album started with long sessions of writing original songs, narrating personal stories of our family. Next would be testing our new approach in terms of melodies and production. We’re extremely excited to get into the studio again real soon!

Around when are you planning to release the new album?
It is going to be released sometime in 2018. We’re very excited about getting into the studio again and recording it. It contains original songs written and composed by us and will reflect a more developed side of us, still very groovy, emotional and folky but more confident and mature, since we’ve grown so much as women, as musicians and as artists.

Are you working with Tomer Yosef for your next album as well? Are there other collaborations you are planning to do as A-WA?
This time we’re working with a different producer. Stay tuned!

Collaborating with our artists (musicians, designers and photographers) is always fun, inspiring and expanding our creative minds.

After the liberating “Habib Galbi” video which “brought fresh sounds from the desert”, where are you planning to take the world audience with your next video?
We plan on taking our audience on a cinematic journey followed by the “Habib Galbi” set, as a continuance on the same time line but much more crazy and colorful.

How has A-WA been affecting your relationship as sisters?
Working together in A-WA has made our friendship and sisterhood even stronger than before. Not only we are best friends, but also business partners now, and get to fulfill our dreams together. Each one of us brings her own personality and ideas to the table and we feel like we grow a lot as artists and individuals.

Can you give us some details and insight about the scene you part of in Israel?
There is a great music scene going on in Israel and in Tel-Aviv, our city, in particularly. There are also super talented fashion designers, delicious food, cafe, and lots of graffiti on the walls. You should come visit!

What do you most wish to transfer to your audience during live shows?
We want to tell stories that people can relate to. We feel like every concert is a celebration of life and we wish our audience to dance and let the music set them free.

What would you like to say about how your music communicates with young women and audiences across the Middle East?
We are extremely happy about how our music reaches women and listeners in general in the Middle East. It’s a pleasure to hear that our music gives hope and inspires women to feel happy and proud of who they are and to express themselves.

For finals, what is the essence that bridges the gap between identities, boundaries, different times and dialects according to A-WA?
We feel like the fact that we are very colorful embracing all of our identities and do it with pride makes people identify with us.

*This interview was originally published on Bant Mag. no:29, September-October 2017 issue. 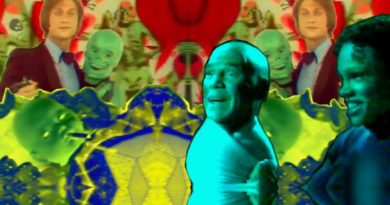 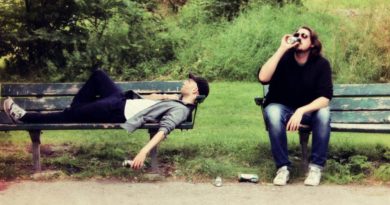 Songs about the shame of being human: The Radio Dept. 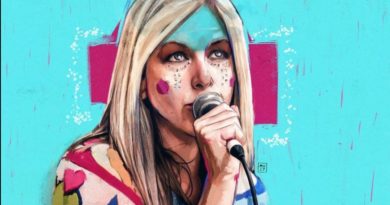