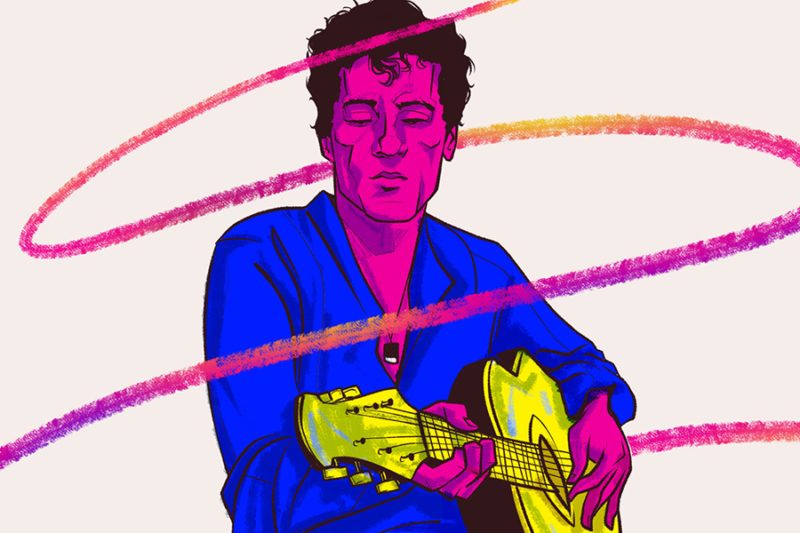 Ahmed Fakroun essentially presents an underground story. The story of an artist, who refused to be bound to one culture and went after exploring new ones, and how this artist’s legacy got attributed back to him.

It’s very easy to perceive a rhythm in the eastern part of the world. Because the rhythm in this geography is more of a concrete expression of people’s lives, rather than a background music. Ahmed Fakroun is undoubtedly the one special proof of this privilege. As much as he has absorbed the culture of his native land Libya, he never gave up pursuing his dreams and desires. While Fakroun has never backed down from being himself throughout this journey, his music always managed to keep pace with the rhythm of his dreams and lead him to a career as extensive as his influences. He has created the funk wonders Awedny and Nisyan, recorded with UK’s respectable producer Tommy Vance, got admired by Jean-Baptiste Mondino, who has worked with a number of impressive names such as Madonna and David Bowie and famously and deservingly become globally known as the “Talking Heads of the Arabic world”.

It goes without saying that Fakroun, whose discography has been rediscovered in the early 2000’s especially by the Balearic music collectors, started his first band in 1970 in Benghazi. Even before he became globally active, his main source of inspiration was his passion for different instruments. Among his different musical eras, the most notable is the French art rock years. And the most important aspect of his creation is that he never stuck to a specific genre. His music, embracing funk, disco, pop and synth, is best defined with the creativity and freedom coming from his affection for the French art rock. So wouldn’t you be considered an avant-garde if you kept holding on to such freedom?

I believe the track Fakroun released in 1977 named “Nojoum Al Layl” is the perfect test piece to answer this question. The song starts with James Brown-esque funk vocals, following a simple reggae rhythm. Later on, the percussions take control over the song, carrying this simple rhythm to a cutting funk piece. As Fakroun stops singing and the African patterned guitar solo, almost as hard as Zamrock comes in, the funk fever flares up. Wind instruments blow on the fire and the song changes rhythm for the third time, becoming a timeless funk ballad.

Just like in this example, Fakroun is very successful at expressing emotional shifts within a song and thus has the luxury to visit many genres with his music. From time to time, funk can be overwhelmed by trends and sometimes it can become a tool to dignify a musician’s persona. But there is one thing that will never die down in funk, and that is the spiritual aspect at the core of its creation. I believe Ahmed Fakroun is very good at internalizing this aspect of funk and carrying it everywhere he might travel within his career. Otherwise, it wouldn’t be possible to evaluate songs with such different melodic structures on a musical scale.

His curiosity for various cultures, from disco to rock, from Paris to Cairo, and chasing their legacy comes from his passion to explore new ways of expression. As for today, both record collectors and the usual suspects of the dance floor are passionate about exploring his legacy. The way he sang in four different languages on Mots D’Amor’s “Love Words”, still admirable progressive and avant-garde style he created with his 1983 worldwide success “Soleil Soleil” and 1977 released “Nisyan” being approved as a Balearic masterpiece are the first to come into mind when looked into the musician’s legacy.

“WHEN I LOOK TO MY PRESS BOOK, I FOUND THE ARTICLES STOPPED IN 1986” -Ahmed Fakroun

It may come as a surprise that Ahmed Fakroun’s music is still being remembered today, considering the massive transformation music technology underwent in the early 2000’s. When America bombed Libya in 1986, Fakroun lost connection with the western part of the world. And with the efforts to simplify music consumption through technology coming on top of that, Fakroun was left in the dark for good over twenty years. Moreover, during this period, the world discovered the genre “rai” –Fakroun being one of its pioneers– and didn’t even remember his name. This is a rather familiar and ordinary “end” for the eastern part of the world, but Fakroun’s cultural inspiration palette spreads on such a large scale that it was a matter of time for someone to remember him. As always, a nameless hero of the underground (a record collector) took on this task. Prince Language, a DJ based in New York, reminded the world of Fakroun’s global hit “Soleil Soleil” from 1983. Today, reissues of Fakroun’s records quickly sell out and he continues to appear on various stages in the world.

“THANKS TO THOSE DJs FROM ALL OVER THE WORLD, PLAYING AND RE-EDITING AND REFRESHING THOSE TRACKS… I WAS VERY HAPPY THAT THESE TRACKS ARE STILL ALIVE IN PEOPLE’S MINDS.” -Ahmed Fakroun

Ahmed Fakroun essentially presents an underground story. The story of an artist, who refused to be bound to one culture and went after exploring new ones, and how this artist’s legacy got attributed back to him. Fakroun and like-minded souls still create music they like, free from cultural boundaries and under difficult circumstances. And their worst enemies are those, who are stuck in the cultural identity imposed upon them, and who have set their cultural boundaries within that “safe” zone.

Ahmed Fakroun performs at Le Guess Who? on Thursday, 11  November, together with Liars, Sun Kil Moon, Thurston Moore & Han Bennink, Yat-Kha, The Soft Moon and many more. Full line-up and tickets can be found at the festival website. 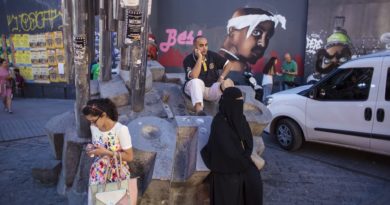 A Bridge Too Far: Ahmet Polat 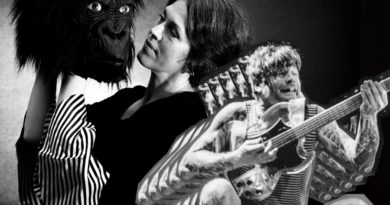 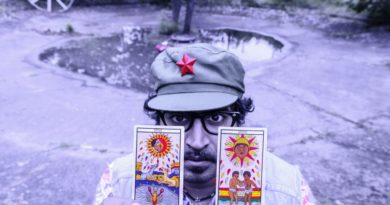