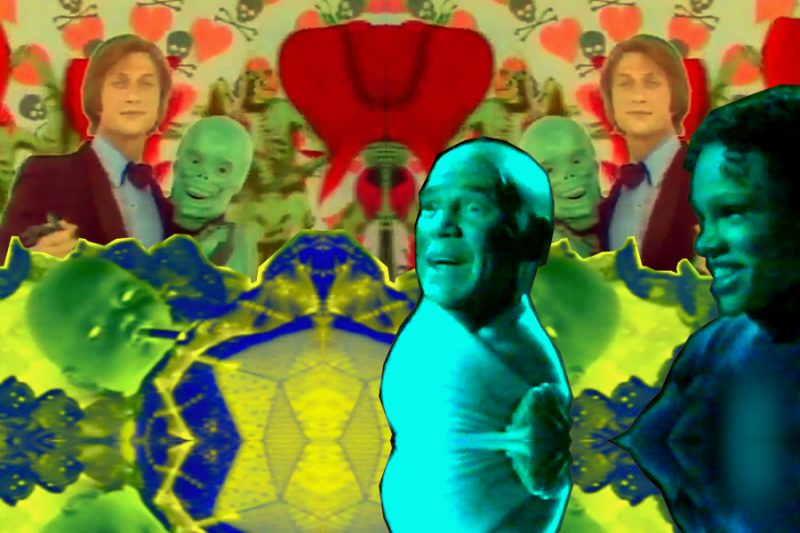 Close your eyes and try to imagine. It’s the times before the internet. Everybody at home is already asleep. You sneak under a warm blanket in front of the TV. You adjust the volume at the minimum possible level, where you can barely hear the sounds. You start zapping between the two channels that are available. It’s the midnight broadcast, and what the screen can offer is like the ultimate door opening to the visual and audial otherworldly paradises. Your body feels sharp under the influence of the mystery and curiosity that is filling up the room. You are probably dreaming of being that one person, who picks those videoclips and arrange the videolists. And suddenly you are struck by the scene in front of you. A lifeless part of your body —you realized it has been lifeless just now— goes into action in seconds. You are hypnotized, from top to toe. “Wait, what is this?” And sometimes this undefineble pleasure is taken away from you in the blink of an eye, but be sure that it will be etched in your memory. You are clueless about what it was that you have just watched. And there is absolutely no way you can find out. Although it may slightly get altered in your mind over the years, it is the kind of thing that will always stick with you.

EXP TV, the internet television that quite recently started broadcasting 24/7, is entirely dedicated to this sort of pleasure. Its creators are not solely into movies or music or even TV. They just love the audio/video moments that create pure magic. They have been digging through obscure video materials for many years, and what they already have in hand is enough to stream for decades. They want to take you to a timeless time, where the element of mystery is in the foreground, and where you do not have to get all the answers. No corporates. No algorithms. No restraints.

Why are you called EXP TV?

We believe you are a creatives collective based in LA, who have worked in film and music industry’s various sectors. Who are you? And what are you currently doing besides EXP TV?

We are DJs, VJs, graphic artists, and creative directors. We work in footage research, music supervision, and graphics. We also have years of experience in film programming, something that we apply to our EXP TV curation.

YouTube, after a decade of its run, had become not only the future of television, but also a preserver of its past. Since when have you been planning on creating EXP TV based on the obscure tv material and ephemera, and what sort of effects has YouTube had on you in terms of how you shape EXP TV?

We’ve been working on EXP for the past couple years. It’s all really just an offshoot of what we do for fun —always digging for something we’ve never seen, never heard of. The sheer vast amount of interesting video archived on YouTube is incredible, but it really takes a lot of work to dig for the kind of rare stuff you see on EXP TV. The algorithm is tuned away from the obscure towards popular content, so we have to employ a lot of tricks to game the system. YouTube is only one of the many sources we use. A lot of times the quality of YouTube is subpar, so we don’t pull from there. And sometimes if we find out a clip is on YouTube already, it makes us less interested in it!

The one thing that YouTube has unequivocally proven is that digging through the past is really a bottomless pit. There’s a never ending supply of video out there —not including anything made specifically for Youtube in the last decade either. For the rest of your life, you could do nothing but just watch videos made in 1983,  and you’d never get through all of it. We might never even make it through all the footage we’ve collected. It’s endless.

It’s obvious that spending no time on figuring out what to watch is a blessing. Did EXP TV born out of a similar need? Why did you launch it now? Why could EXP TV be better than YouTube? Can you explain, covering some of your motivations to start this TV?

The online space is super noisy, and curating is just a method to filter out the noise to find the good stuff. It takes a lot of time, effort, research, and instinct. EXP TV does that work for you. On something like Netflix or YouTube, we definitely spend more time figuring out what to watch than actually watching something. We love digging for stuff, but most people don’t want to put that much time into it. Everything is so interactive these days. We just wanted something you could flip on and leave on. The audience puts a lot of trust in a TV channel to take them on a journey so we’ve always taken care to curate and edit well so we don’t betray that trust. We want people to know they’re in good hands when they just switch off their brains and turn over their decision making powers to us.

There has been many debates on human curation in age of AI. And today well directed human curation is still conspicuously the heart of various media platforms. How did your interpretation towards “curation” evolve throughout the forming of EXP TV? What’s the role of this act in order to convey your own perspective?

EXP is a reflection of us – the good, the bad and the ugly. Our own personal loves, hates, preferences and peccadillos. It’s just us, uncut, unimpeded by any corporate masters. EXP TV is the kind of TV we wanna see. Something we didn’t expect happened after we launched. All day long, we get messages from people asking what this clip is, or what that one is. We decided not to answer those requests directly, because part of our vision for the site is to get back to an era where we didn’t have all the answers at our fingertips. Sometimes you’d go years without knowing what something was. Then your imagination might kick in and fill in the blanks about what might be going on in the rest of that movie. It was super inspiring. Nowadays, you can just google the source, read the wiki, and case closed.

So we wanted to hearken back to a kind of TV from the past, back when you got that thrilling feeling when you’re flipping channels at 1am and stumble on some remarkable cinematic disaster. You don’t know the name of it, what year it was made, from what country. You say, “What the hell is this?? A little girl is psychically connecting to a basketball player during a game and causes his bball to explode?!?!? What is this??” We all have those little memories of things we saw only once and never saw again, and were forever haunted by what it was. EXP TV is a whole channel of that kind of thing. The mystery is part of what is so stimulating about the channel. The “what did I just watch?” factor. We are “What Is This??” TV.

How much of the currently run material on EXP TV can one find elsewhere through online search?

It’s all out there… somewhere!

How long back does the research and collection for the material you show go back in your personal and professional lives?

We have been collecting video materials for decades. Years of VHS tape-trading, pouring through mom and pop video stores (RIP), even the internet! It makes our day to stumble upon a Bulgarian sci-fi animation title we never heard of. We love our work! Like a hip hop dj/producer is looking for the perfect beat, we’re always searching for that perfect “clip”, that magic moment, that video gem.

You are now running the Beta version of the TV. How often and how much does the weekly run get updated with new material? How do you organize the collecting and presenting work so you don’t run out of good stuff?

We have an endless supply of the goods and are constantly adding new material, but there’s no set release schedule. The beta version is kind of like Season 1, and eventually we’ll scrub away all the old stuff to make way for Season 2. It’s funny. We were discussing this recently. We get a lot of emails from people asking to submit or recommend clips. Basically, we don’t take recommendations or submissions because we already have too much footage. We could feed this channel for decades without running out of stuff.

We are in a refreshing period, where the exclusionist popular culture of the past  decades are under a rightful questioning, because of the colonist and dominant forces that have shaped it. Can you explain EXP TV’s stance in how it views broader popular culture? And in this regard, how do you select what material to bring from past to the viewer’s eye? What are the things that are important to you in selection?

We celebrate our kind of people: The Outsiders. People who do their thing no matter what, the outcasts, the freaks, the hopelessly obscure. From go-nowhere hair metal bands to drunk weathermen to psychic lunch ladies and beyond. We’re not into movies or music or even TV. We’re into those magic audio/video moments that transcend the thin veneer of reality! We like that EXP TV is kind of an oasis from modern culture. We want it to be timeless rather than timely. That being said, we live in the “now” so there’s no way we could truly escape modern influence, and our curation is likely shaped by that in ways we don’t consciously understand.

It’s obvious that both the video breaks, and the thematic shows are result of a lot of hard work and energy. Would you especially like to point to some personal favourite shows, or some shows that you have especially put insane amount of time and work in?

The “Nothing But Star Wars” mix was very labor intensive. The editing is tight and it covers so much material. We worked on it on and off for about two years. One favorite show is MELT. It’s a conceptual thing: ‘how slow can you go?’ Watch one minute of footage take 14 minutes long to melt before your eyes. Check it out!

What are some of your future goals with EXP TV?

Getting the channel out there to more people, a Roku/Apple TV app. And, if the world doesn’t end, we’d like to host screenings, parties, do gigs on oil rigs, you name it. We’re also developing a TV show based on the curatorial style/format of EXP TV but for a broader audience. It’s very exciting!

Are you planning apps and channels on providers such as Apple TV, Roku, etc.?

None of us are technical wizards but we’ve managed to get by! Luckily people are starting to come out of the woodwork to help us solve problems, like getting our Roku app going. The reaction from supportive fans of the channel has been incredible. We stream on Twitch often, and soon we’ll be on Twitch 24/7 too, so people will be able to get us on their TV in a slightly different experience that way. It will be good for watching together with friends around the world. We could watch it together sometime!

Turn on EXP TV here, and dive in. 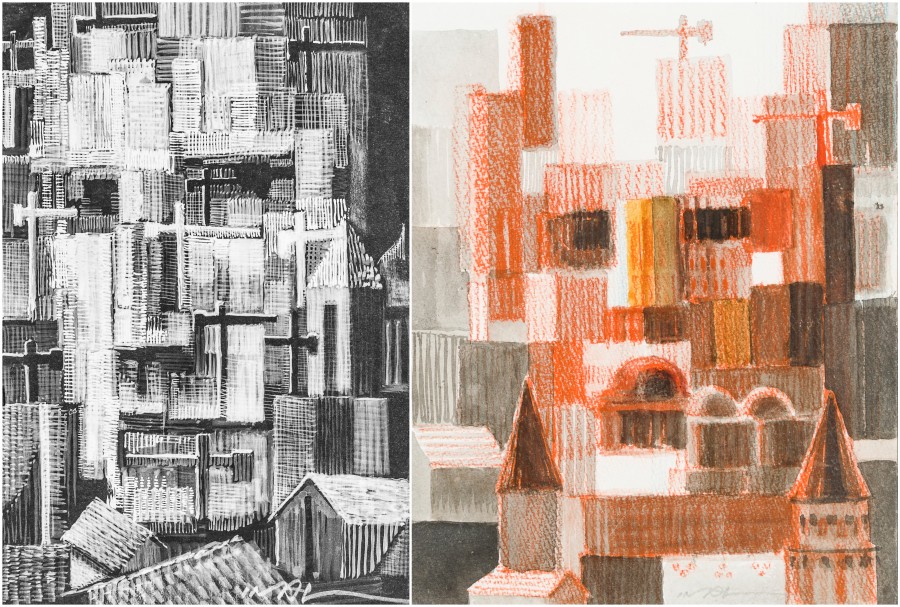 Hear the stories of the city from its people and buildings: Imad Habbab 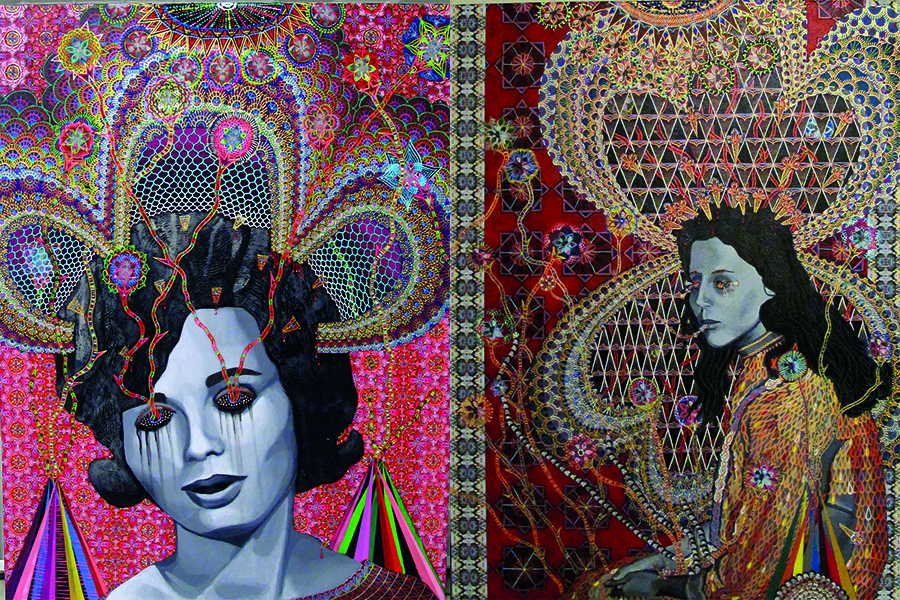